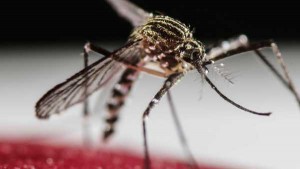 On March 4, 2016, a study published in the Cell Stem Cell Review specified the relation between the Zika virus and specific neurological disorders, such as GBS (Guillain-Barré Syndrome), characterised by progressive paralysis. While this research describes the destruction of brain cells by this pathogen, its responsibility in the occurrence of microcephaly – head circumference of the newborn inferior to average, with serious and irreversible damages – has not been clearly and positively demonstrated. Though, this risk of congenital malformation appears to be at the heart of the concerns raised by the epidemic disease that has been spreading in the last few months on the American continent and the Caribbean. As such, about twenty countries and territories might be facing the spreading of this arbovirus, among which we may quote Brazil, Colombia, Guyana or Venezuela. Millions of contaminations are expected before the end of 2016, to such extent that the WHO (World Health Organisation) declared a PHEIC (Public Health Emergency of International Concern). On a global basis, health authorities are once again exposed to a major crisis, just when the Ebola risk had come under control in Western Africa.
> Historical background
> Theoretical framework
> Analysis
> References

Investigations carried on the yellow fever identified the Zika flavivirus in 1947 for the first time on tropical forest apes in Uganda. Akin to other arboviruses such as dengue or Chikungunya, this pathogen is transmitted by Aedes type mosquitoes – especially the Aegypti type – and has similar epidemiological characteristics. It must be underlined that the infection remains benign: during the following decades, only a few cases have been recorded on the African continent, such as Tanzania, Nigeria or Egypt – and some Asian countries such as India, Thailand and Indonesia. This relative innocuousness – 80% of the patients do not show any symptoms – might explain the little knowledge accumulated on this virus, whose genome has been sequenced only in 2006.
Only in 2007 appears the Asian viral strain of Zika in some Pacific territories, starting with the Yap Archipelago part of the Federated States of Micronesia. In the following years, the virus spreads to New-Caledonia and Cook Islands. It should be noted that the urban outbreak that hit French Polynesia from 2013 is unheard of: 180 000 people – two thirds of the population – would have been infected. More than 40 GBS are recorded retrospectively, more than 20 times the usual occurrence. Moreover, this rise comes along with cases imported by North-American, Japanese or European tourists. Spring 2015 marks a turning point, as local transmission of Zika virus is observed on a large scale in South America. In May, the first contamination is being confirmed in Brazil, the pathogen spreading even more quickly as the affected societies are not immune to it. A few months later, doctors of the Pernambuco State (North-East) report an unusual number or neurological disorders and microcephaly, alerting the authorities about potential links with arbovirus propagation. As the epidemic progresses towards other countries of the region, health monitoring intensifies and leads the WHO to declare a PHEIC on February, 1st, 2016. For now, more than 1.5 million Brazilians have been infected, as well as dozens of thousands of citizens from other States, such as Colombia which recently declared three deaths imputed to this new plague.

Theoretical framework
1. The cautious consideration of weak and unmarked signals. Long considered as secondary to dengue or Chikungunya, the Zika virus was not under close monitoring before its recent outbreak. New risks unknown before put the light onto this pathogen, in a situation of uncertainty structured by the legacy of previous epidemics.
2. A controversial framing of the problem, between ethical conflict and public health. Without precise knowledge of viral transmission mechanisms, experts’ recommendations are partly facing a re-characterisation of the problem by local authorities.

Analysis
It may be recalled that the Zika virus epidemic develops in a context still marked by recent failures of global health governance. As such, the arduous management of the Ebola crisis in Western Africa shows a lack of leadership from the WHO, overwhelmed by the events and branded as passive. The organisation mobilised quicker on this occasion, bordering on an alarmist stance which was severely pointed out during the last AH1N1 flu outbreak in 2009. Following this line, the health organisation advocates a precautionary approach and declares a PHEIC on February, 1st 2016: this decision is not taken upon available data – low or non-existent mortality, benign symptomatology – but upon foreseen consequences of the arbovirus. By doing so, the WHO activates a strategic framework enabling quicker diagnosis and therapeutical research, while ensuring coordination of the monitoring scheme. In a well-mastered communication process, Director-General Margaret Chan evoked in January 2016 « concerning circumstantial proofs » yet to be scientifically supported. This wording refers to GBS and especially to microcephaly, suspect of being linked to contamination of pregnant women by the Zika virus, which caused panic amongst the media in 2015.
Because of their visible impact on cognitive and sensory functions of the newborns, these malformations tend to concentrate the fears and tend to epitomize the epidemic. However, etiology of these fetal anomalies may involve environmental factors – risky maternal behaviour, diabetes, malnutrition, etc. – infectious factors – rubella, toxoplasmosis or cytomegalovirus – or even genetic factors. Then, data collection is rather uncertain and hardly harmonized, which leads to distortion: on more than 4000 suspect cases – mainly localised in Brazil – 641 would have been confirmed as microcephaly. These figures show a marked increase compared to average – estimated to 160 occurrences a year – which shows greater vulnerability among pregnant women. Since then, circumstances led the United States and some NGOs (Non Governmental Organisations) to advocate abortion, even though it being illegal and criminalized in many Latino-American countries. A call for more flexible regulation immediately faced strong political opposition from the conservatives and Churches, in spite of the repeated tragedy of clandestine abortions. Several governments, such as Colombia, even advised their female citizens to “delay their pregnancy” until further notice. These clumsy and irrelevant political contortions illustrate how difficult is the enforcement of a top-down, strictly health-oriented approach in a context of overall uncertainty paired with social tensions. In Brazil, mistrust and development of alternative theories – putting the blame on Monsanto insecticides or faulty vaccines – must be understood in relation to the authorities de-legitimisation, repeatedly caught into corruption scandals. This situation might appear detrimental and likely to hamper the seemingly consensual vector control efforts, aiming however to minimize the epidemic and reduce it to a mere mosquito problem. The quick propagation of the Zika virus, quite similar to the recent spreading of Chikungunya, may seem related to the colonization of a wide part of the planet by Aedes Aegypti and Albopictus. But it most importantly highlights issues related to human mobility – Brazil hosted the Football World Cup in 2014 and gets ready to organised the Olympic Games this summer – and the growing exposure of populations to low-key pathogens which until now, were confined to their natural breeding-grounds. Since IHR (International Health Regulations) has been reworked in 2005, this type of health crisis shows the complexity lying behind the formulation of well-balanced answers to cope with risks that may evolve abruptly and sometimes unnoticed. In this perspective, global health governance may not rely only on increasingly technical tools and anticipation of emerging diseases: the challenge lies ahead, in the ties that link societies to their environment.