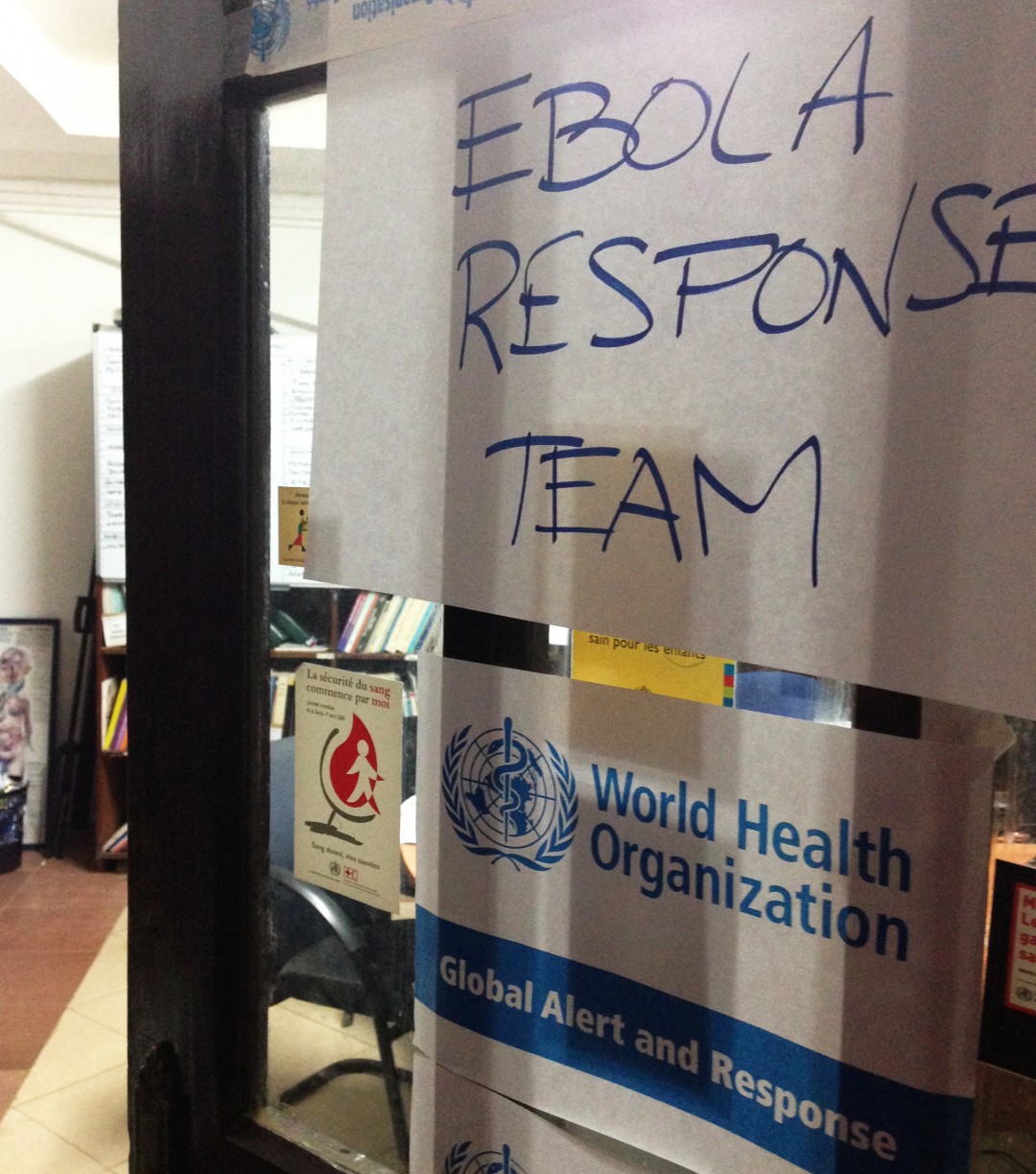 On September 14, 2015, the health authorities of Sierra Leone reported the death of a teenage girl infected with Ebola in Bombali, a district located in the Northern Province. Yet, during the previous six months, the area had not registered any new cases and the country had hoped to reach the forty-two days threshold without any new infections – i.e. twice the normal incubation period of the virus – that would have meant the transmission of the disease had stopped. Such resurgence is somewhat similar to what happened in Liberia where the haemorrhagic fever reappeared at the end of June 2015, one and a half months after the World Health Organisation (WHO) had declared the State “Ebola-free”. Even if the evolution of new Ebola occurrences has registered a constant decrease since its peak recorded between September and December 2014, the situation is far from being over, not when the rainy season is about to start and humanitarian funding is drying up. So far, up to 28,000 cases with 11,300 fatalities have been reported in West Africa alone and WHO estimates that such numbers are probably underestimated. Despite having weathered numerous criticisms regarding both its conduct qualified as “irresponsible” by MSF (Doctors Without Borders) and its achievement described as “a failure of dismal proportions” by the President of the World Bank, the health organisation has again taken on the supervision of the operations in August 2015.

Historical background
From the moment it was founded in 1948, WHO was meant to coordinate operations relative to public health threats. However, some elements have to be considered to better comprehend where the organisation’s claim now stands. Despite the success it registered with the eradication of the smallpox in 1980, its failed attempt at eliminating malaria as well as its lack of flexibility both weakened its influence during the following years. WHO was then regarded as a profligate and politicised institution. Only with the structural reforms undergone in the nineties, and more precisely under Dr Brundtland’s administration, was the organisation able to re-establish its leadership during the outbreaks of SARS (severe acute respiratory Syndrome) in March 2003 and of H5N1 avian influenza later on. For the latter, WHO did not hesitate to confront the Chinese Government it accused of withholding information. With a brand new Division of Communicable Diseases created in 1996 and the precious Global Outbreak Alert and Response Network (GOARN) set up in 2001, the organisation had the capacity to work according to the revised 2005 version of the IHR (International Health Regulation), which constitutes a legally binding instrument for all 196 States Parties. Its credibility however was again undermined by the H1N1 influenza pandemic in 2009 when its undue alarmism raised a new bout of criticisms and its experts were suspected of likely collusions with the pharmaceutical industry.
Such is the context when the Ebola outbreak engulfs rural areas of Guinea-Conakry, West Africa. Alerted by MSF, WHO seems to minimise the threat and implies that the spreading of the haemorrhagic fever is under control. After a deceiving weakening of the propagation of the disease in late April, Ebola amplifies again and moves to the urban spaces of Liberia and Sierra Leone in May before reaching Nigeria. Confronted with the inability for local authorities to cope with the exponentially increasing number of victims, WHO finally declares the crisis as a public health emergency of international concern (PHEIC) on May 8. This belated decision comes four and a half months after the outbreak started, at a time when waves of moral panic are forming because of discriminatory measures that in complete contradiction with the International Health Regulations. Indeed, if the unilateral closures of borders or the interruption of many air links provide the illusion of a possible containment of the disease, these actions impede the delivery of humanitarian assistance.

Theoretical framework
1. The clear failure of global governance for health. Shunned because of its inertia, WHO is not able to ensure the management of the crisis. Hence, the task goes to other actors.
2. The structural challenges of a necessary reform. After the fiasco of the summer 2014, the health organisation works to learn from the past and redefines both its operative system and priorities. However, some of the observed deficiencies result from various aspects that are directly linked to the very role of the institution.

Analysis
When the Ebola outbreak starts, non-State actors such as MSF, who work alongside national health personnel, carry out the first emergency response. Quickly overtaken by the crisis, the WHO Regional Office for Africa is so slow to react that it is accused of minimising the seriousness of the situation to accommodate some governments eager to reassure mining investors. Since the international organisation has no real communication strategy, it does not manage to coordinate its own actions with the humanitarian operations, nor does it manage to have its own regulations respected by overreacting States. In this context, the appointment of a health crisis veteran as special coordinator of the UNS (United Nations system) on August 12, 2014, indicates a change of management at its expense. A month later, the unanimous adoption of Security Council Resolution 2177 defines the outbreak as a threat to international security and leads to the adoption of the UNMEER (United Nations Mission for Ebola Emergency Response). The constitution of this novel structure run by knowledgeable executives can be seen as a disavowal for WHO and the organisation is relegated to the sidelines. To add insult to injury, in October 2014, the institution has to face a new scandal. An internal memorandum leaks to the media. Are then disclosed some incriminating elements on the delays preceding WHO’s involvement in the crisis, its staff’s ineptitude and the politicisation of some appointments. Reported by the Associated Press agency, other documents further suggest that the organisation’s indecisions stem from concerns about possible diplomatic tensions emerging between the different affected States. Indeed, if an alarmist stance were to be adopted, it would have a likely socio-economic impact on these countries. It is also important to remember the previous controversy regarding the H1N1 influenza pandemic for it may have partially shaped the institution’s deliberated caution. In any event, and in reaction to the many criticisms, WHO convenes an extraordinary meeting in Geneva on January 25, 2015. Even though some contributors denounce the delays and failures of the international response, a resolution is unanimously adopted and reasserts the leading role of the organisation in preparing and managing health crises. The creation of a specific $100 millions fund, the deployment of a “global public health reserve force” and the use of a panel of independent experts to assess the conducted operations are part of the announced measures. In July 2015, the panel of experts does publish a report listing WHO’s many deficiencies and advocating a thorough reform of its operative norms and processes.
That being said, it is essential to review some of the constraints WHO’s actions are encountering, the first of which being its limited funding. The organisation receives $4 billions for a two-year programme, an amount that ranges far behind the $6.9 billions allocated to the American Centres for Disease Control and Preventions (CDC) for the sole year 2014 or the funds given to the Gates Foundation. Furthermore, WHO’s funding comes from voluntary contributions. These latter have reached a standstill since the financial crisis of 2008 and often limit the actions the organisation sets as priorities since the money is only allotted for specific missions (earmarking, etc.). If the institution’s limited degree of latitude results in part from both internal power struggles and a far too bureaucratic system, it also originates from its administration’s incapability to foresee the importance of the Ebola threat just because the disease had already been contained in the past. More generally, there is a discrepancy between WHOs’ claimed leadership that gives the organisation a semblance of an operational and supranational actor and its role as an agency specialised in advisory and coordination tasks. The reciprocal misconception existing between humanitarian and health actors is the best example of this disparity. In fact, the ensuing distorted perceptions about WHO give rise to sometimes misguided stigmatisations and disappointment. Hence, the health organisation’s redeployment is not just another legislative and financial reform. It implies the choosing of a new institutional identity inherited from its complex history where the organisation either becomes a full political advisor or a technical expert.