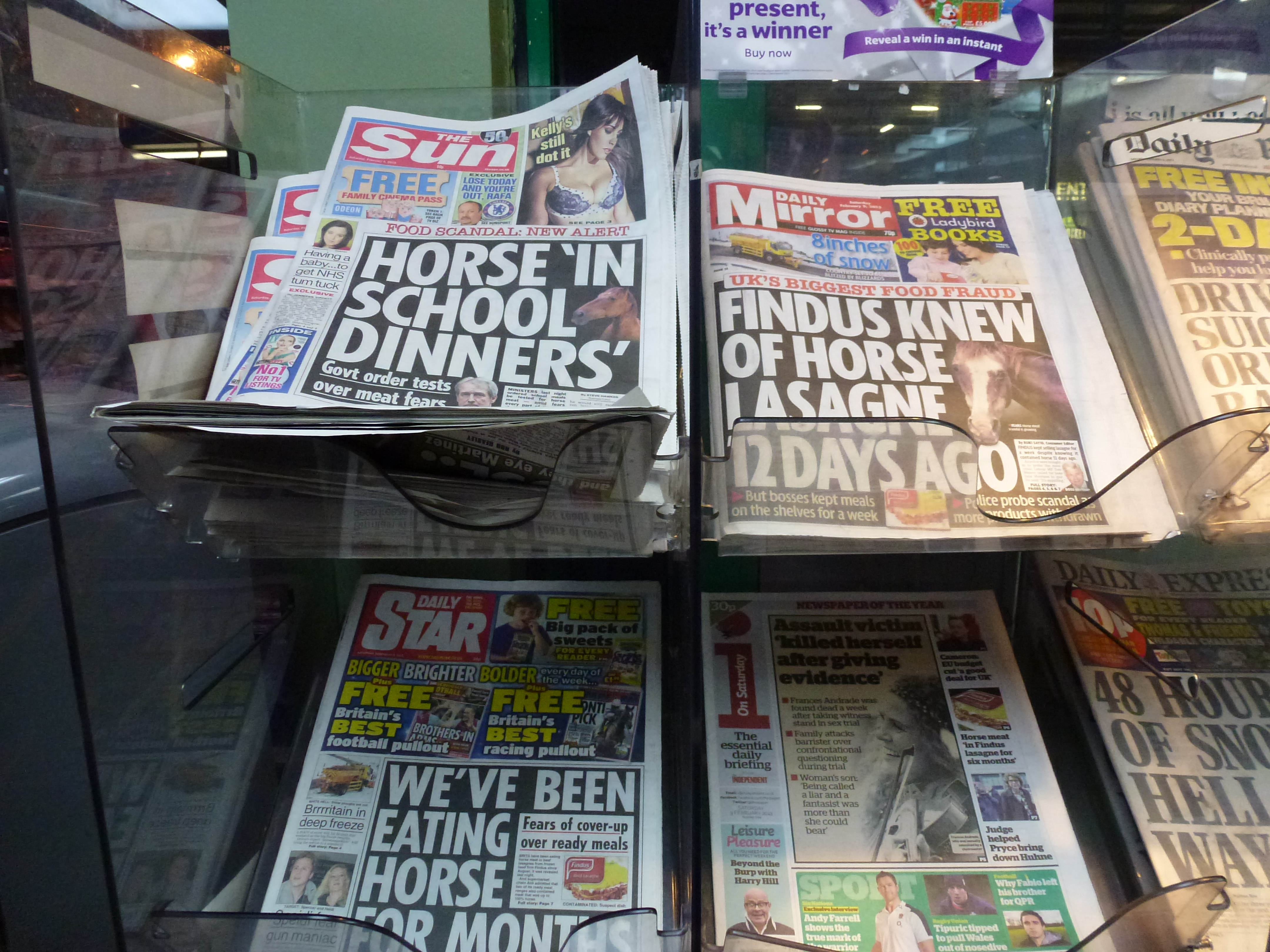 On the 19th of March 2013, the French company Spanghero was, once again, charged with presumed fraud. Indeed, 57 tons of British sheep meat – which import is forbidden within the EU (European Union) – were allegedly found in its warehouses. One month ago, Spanghero was already involved in a similar scandal. The company was accused of using horsemeat instead of beef in precooked dishes. Yet, this controversy of non-compliant labeling of such goods has become worldwide. The European agri-food sector is now in the spotlight, and even Russia, Hong Kong and Dominican Republic have been affected by this crisis. As a result, authorities intensified sanitarian checkups which led to reveal other flaws: Ikea’s deserts were said to contain fecal coliform bacteria. Consequences of non-compliant labeling are not yet known, however some have already started to talk about a deep crisis in the European agri-food sector. In February 2013, the NGO (Non Governmental Organization) Oceana conducted a study on the origin of fishes for sale in almost 20 States in the USA. Its results were shocking: 1/3 of the fishes didn’t fit the type mentioned on the packaging.

Starting the second half of the XXth century, the food supply chain started developing itself and became integrated in many European countries. In this process, private actors played a huge part, especially in the large-scale distribution sector with Tesco or Carrefour. In the meantime, states were deploying their action towards a flexible regulatory model. Today, this sector is an oligopolistic and specialized market ruled by several levels of regulations. Amongst those, at the international level, the Codex Alimentarius defined by the FAO (Food and Agricultural Organization) and the WHO (World Health Organization) in the 1960s, along with ISO standards (International Organization for Standardization). State actors also have their own food safety policies through national legislation and agencies like the FSA (Food Standards Agency) in the United Kingdom. Finally, the EU has an increasing role with the implementation of the ‘hygiene package’ (six European statutes) and the creation EFSA (European Food Safety Authority) during the 2000s.

Despite these safety nets, in the last twenty years a great deal of health crises sparked: the trauma of BSE (Bovine Spongiform Encephalopathy) – as known as the ‘mad cow’ disease – in 1996, FMD (Foot-and-Mouth Disease) in the UK in 2001 and 2007. More recently, with a greater impact, the outbreak of gastroenteritis and HUS (Hemolytic Uremic Syndrome) caused by the Escherichia Coli 0104 H4 bacterial strain in 2012, causing the death of at least fifty people in Europe. In the killing bacteria case, Spanish cucumbers were first blame for that disease. This statement was later denied, but it was too late: exports had collapsed and several countries, such as Russia, had established an embargo. All these crises revealed many flaws of the safety nets and discredited the food industry and the public authorities, especially in France and in the UK. Such context enabled to discover different fraud in the labeling in British islands in the end of 2012. The Findus company was the first to be criticized – the media were even talking about a Findusgate. However, investigations conducted by the authorities showed that several irregular branches were involved. At the same time a coordinated plan of action was put into motion at a European level.

Theoretical framework
1. Liability. So far, every actors of this scandal have kept on acting as victims and blaming other parties of the food-supply chain. As a result, this obscure system looks less legitimate than ever and unable to regulate itself.
2. Breakdowns in the traceability process. The concept of traceability emerged after the BSE crisis. It was, for everyone, the best solution to restore the confidence of risk society within an industry which had been discredited. Those recent fraudulent practices show how unsafe food safety really is.

This crisis shows how economic activities of the food supply sector are now deterritorialized and it explains why the food supply chain is jeopardized at all levels (slaughterhouses, traders, large food retailers). Several companies of distinct nationalities are involved (Cyprus, France, Netherlands, UK, Romania etc.), it shows that the whole process looks more complicated than ever and that transnational firms have become the major actors. Thus, primary investigations brought to light the unclear role of financial intermediaries who take part in this process, between meat producers and the transformation phase of the product. One of the main suspects for those frauds is the Draap Trading firm. This Cypriot brokerage company managed by a Dutch trader already had a record with a similar offense in January 2012. This food scandal is not a health crisis yet, but there have been major economic consequences: Tesco, British leader in the food supply field, saw its market share fall by 30%, the worst in a decade. However, the most important thing remains the direct impact on the reputation in the middle of a climate of global suspicion, as it was revealed in the first place with the Findus example. Indeed, it was the first company to be publicly exposed in that scandal. The firm didn’t only suffer from a loss of sales; its reputation was also affected.

So far public authorities have illustrated themselves in being unable to regulate the process. Public officials have to find a compromise between reassuring consumers with the implementation of several investigatory measures and enforcement actions, and to bring conciliation to a powerful sector quite keen on self-regulation. Therefore, all governments involved operate exclusively on a rhetoric action basis. As an example, the UK Secretary of State for Environment mentioned an international criminal conspiracy whereas the French Minister for the Social Economy accused Spanghero of “economic deceit“. However, such statements don’t question the system which led to these crises, they only stigmatize actors seen as deviants. As a result, some environmental activists and parties have been claiming the existence of collusion between industry and political power. It is difficult for states to coordinate their actions – as it was shown by the frictions between France and Netherlands –, and public regulatory agencies seem useless as they suffer from a lack of means.

Broadly speaking, those repeating cases of fraud stress the dilution of responsibilities in the agro-food sector and reveal an obscure and shady movement of products. The current situation is weakening the fragile balance found with the concept of traceability in the 1990s. This principle was built to bring the consumer closer to the producer, yet it also included the mainstreaming of techniques already used by the companies for cost-efficiency purposes and in order to ensure standardization. Therefore, on one hand traceability constitutes an effective control tool, but on the other hand it contributes to push an industrial agricultural model to its limits, which makes it less likely to last for long. Unless there is a thorough reform of the regulation systems, predation strategies, revealed by this scandal, seem to characterize a new black hole of the economic and financial globalization.