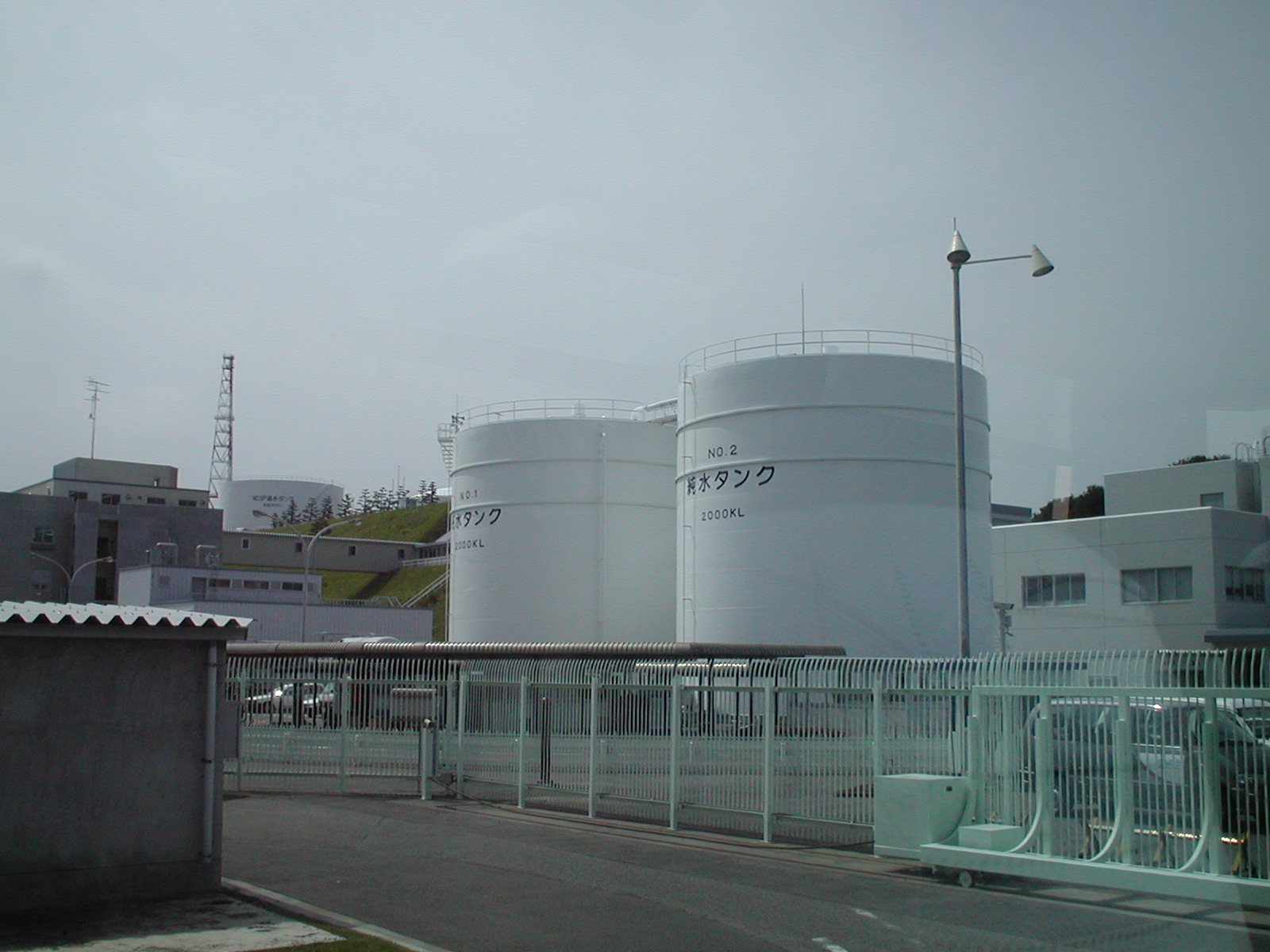 The removal of more than 1,500 nuclear fuel rods immersed in the reactor 4’s pool of Fukushima Daiichi’s damaged plant – a huge enterprise expected to last about a year – has started on November 7, 2013. TEPCO (Tokyo Electric Power Company) directors, in charge of this pressing operation, have described it as a major step in the process of dismantling the damaged infrastructure since March 11, 2011. However, the highly risky character of this intervention should be underlined, as a 7.1 magnitude earthquake struck in the Pacific Ocean on October 26, 2013, leading to the immediate evacuation of the staff working on the damaged site. Moreover, the multiple breakdowns of the radioactive water treatment system – such as the recurring leaks in storage tanks – have revealed the limits in the management of the disaster by the Japanese firm, which had been nationalized in July 2012. This permanent state of crisis, that has now lasted for two years and a half, remains framed by uncertainty, starting with the future of the Fukushima Daiichi installations – the definitive closing down of which is expected to span over several decades. Yet, in the course of those last months the Japanese government have developed a reassuring discourse illustrating their willingness to regain control – at least symbolically speaking – of a complex situation that seems to be far from being stabilized.

First, some data about the pollution resulting from the events of March 2011. In July 2013, the IRSN (Institute for Radiological Protection and Nuclear Safety) stated that an estimate of 60 and 27 petabecquerels (millions of billions of becquerels) of radioactive material were present in the atmosphere and the ocean respectively. If the global level of contamination seems to be decreasing, its long-term impact on groundwater and rivers may turn out to be more important than anticipated. In July 2013, TEPCO finally admitted that 300 tons of radioactive water poured daily into the Pacific. Nevertheless, these numbers do not allow us yet to measure precisely the sanitary consequences on the disaster-stricken populations, who are the object of competing and controversial assessments. Faced with the uncertainty of the post-accident crisis, the Japanese authorities had rapidly organized a series of evacuations within a radius of several dozens of kilometers, leading to the perennial exile of more than 150,000 people. In this respect, a system of restricted access areas has been established based on an unacceptability threshold of dose set at 20 mSv (millisieverts) per year. The definition of an exclusion perimeter has then been accompanied by measures for decontamination of irradiated areas. These boundaries have nevertheless been reduced since 2012, as the government endeavor to encourage the return of displaced inhabitants by modifying standards for the measurement of radioactivity.

1. Liquidating Symbolically the Disaster. Since the election of Prime Minister Shinzo Abe at the end of 2012, the new team in office have tried to regain control of the situation through the delivery of speeches that tend to minimize the consequences of the accident in the name of national recovery.
2. Deficiencies in the Protection Apparatus. Yet, the measures implemented to protect the population are constantly embroiled in polemics, insomuch that the managing of the crisis is marked by opacity and contradictions colliding with the government’s rhetoric.

Although antinuclear mobilizations have been fading away two years and a half after the outbreak of the crisis, they nevertheless remain vocal when it comes to providing second opinions. Members of the permanent camp set up in front of the MCI (Ministry of Commerce and Industry) since September 11, 2011 and named Tento Hiroba – Tent Plaza – continue to organize protesting activities despite the judicial proceedings filed against them. So far, periodical demonstrations relayed by national petitions call for the permanent end of nuclear power all the while contesting the official estimates minimizing sanitary and environmental risks. It should be noted that the controversy has recently spread onto the report published by UNSCEAR (United Nations Scientific Committee on the Effects of Atomic Radiation) and submitted to the United Nations General Assembly on October 25, 2013. The conclusions elaborated by eighty scientists who contributed to this assessment were rejected by numerous Japanese NGOs (nongovernmental organizations) and associations, as well as by the Special Rapporteur on the Right to Health. Appointed by the United Nations Human Rights Council, this independent expert elaborated as early as May 2013 a virulent report against the protection apparatus that had been set up, targeting in particular its definition of the unacceptability threshold regarding radioactive exposure.

However, as early as May 27, 2013, this document prompted a quick and detailed reply from the Japanese government – a refutation that falls into a large-scale counteroffensive led by Prime Minister Shinzo Abe’s team. Since his entry into office in December 2012, Shinzo Abe has worked on orchestrating Japan’s recovery of its economy – through Abenomics, a set of measures based on the depreciation of the yen in order to increase money supply, fiscal stimulus, as well as the announcement of structural reforms – but also of its diplomacy. Through this strategy Japan aims to impose itself as a major actor in Asia Pacific regional security – as illustrates the militaro-humanitarian intervention by the Japan Self-Defense Forces (JSDF) in the Philippines after the deadly typhoon Haiyan – all the while adopting a firm stand on memory and territorial disagreements with China and South Korea. In that regard, the election of Tokyo as the host city for the 2020 Olympic Games has marked the confirmation of this rhetoric of reassurance. Indeed, the Prime Minister had stated during his audition before the International Olympic Committee (IOC) on September 7, 2013 that ‘‘the situation [at Fukushima was] under control’’. This statement was strongly criticized in the national media and was described as a government’s lie by activists, especially as a high-ranked TEPCO member contradicted it as early as the following week.

Such a crack in the official communication process seems far from being the only one, inasmuch as the Japanese political class do not seem to unanimously support this liquidation discourse pushing into the background the unfinished handling of the disaster. Former Prime Minister Junichiro Koizumi, Shinzo Abe’s mentor, has recently positioned himself in favor of the end of nuclear power, thus stigmatizing the end of the safety myth. It represents an obvious disavowal of his former protégé who supports the restarting of plants and the exportation of the Japanese nuclear technology, going as far as to relying on the capitalized experience in Fukushima. Moreover, members of Naoto Kan’s government have revealed that for two years TEPCO had deliberately dissimulated information about contaminated water leaks in order to safeguard their position on international markets. In addition to those discordant elements is Tetsuya Hayashi’s testomy, a former worker working at the accident site and a whistleblower who denounced the suspect system of subcontracting and exploitation of Fukushima 50 involving the criminal organizations yakuza. Those contradictions at the heart of the handling of the crisis itself may lead the state to take responsibility for the direct and exclusive control of the operations of decontamination, as recently recommended by a LDP (Liberal Democratic Party) committee in power. But beyond this potential public management of the process, issues of transparency and responsibility in the post-Fukushima era seem to remain in the background. After the rejection of complaints filed by Tokyo’s Public Prosecutors Office in September 2013, the Japanese House of Representatives have just passed a law designed to impose heavy sanctions for information leaks to the press. In those conditions, the return of the state appears more as a risk factor likely to ensure the continued existence of instability and opacity within this global peril.