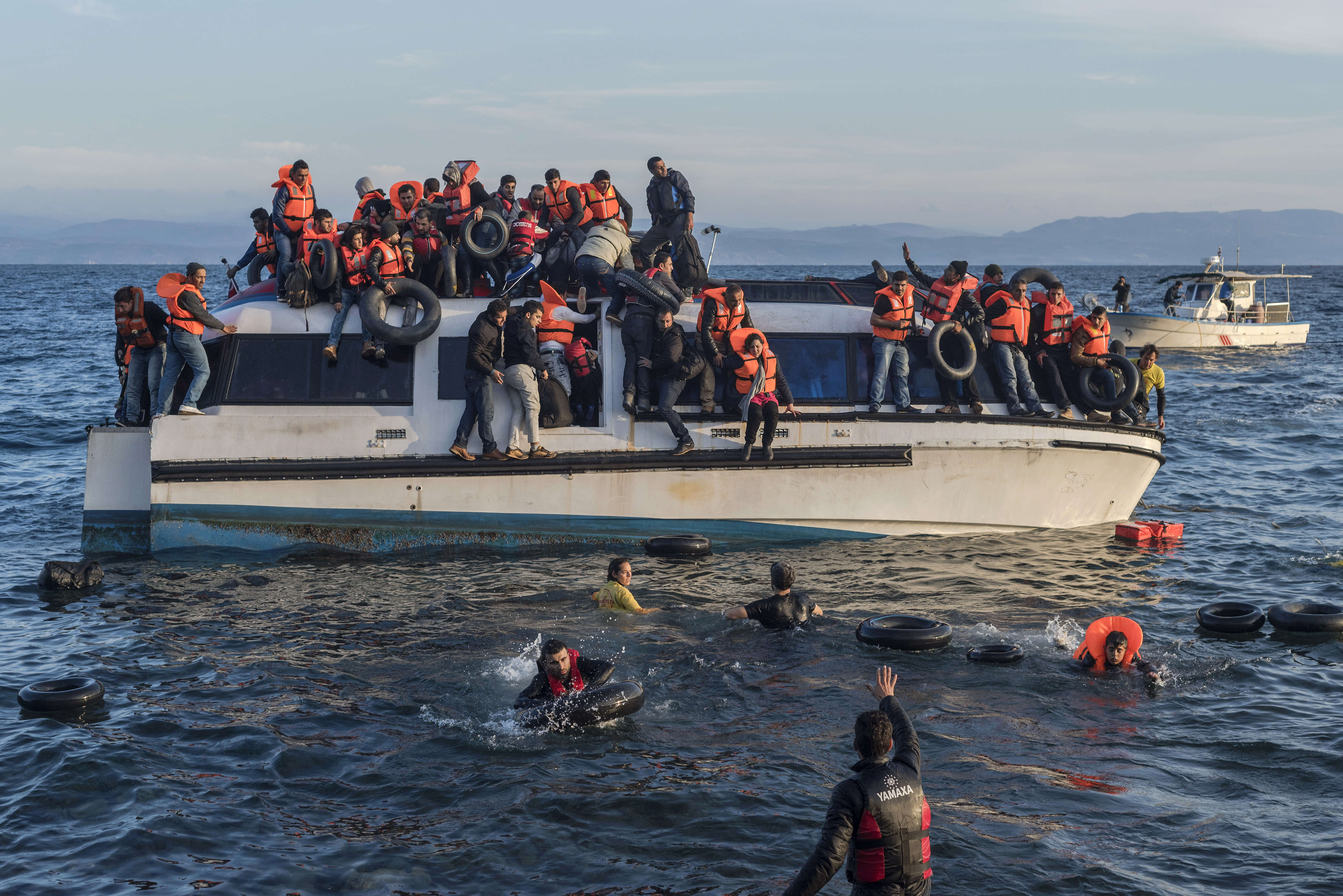 The end of 2014 and the beginning of 2015 were the setting for new migratory catastrophes in the Mediterranean. In the South of the peninsula, the Italian coast guard intercepted two cargo ships, abandoned by the smugglers who had chartered them. Yet, nearly 500 asylum seekers from Syria and Iraq were aboard each one. Their numbers are added to the 230,000 migrants who entered Europe via the Mediterranean in one year. More recently, in February 2015, the disappearance of more than 300 people and the deaths of 29 others off the coast of Libya recalled the fact that nothing had changed since 2013. Finally, at the beginning of March, Libya threatened to send cargo ships filled with immigrants to Italy if the southern European country continued with its plans of military intervention against the Islamic state. This data coincides with the end of the Mare Nostrum framework, implemented by Italy in November 2013 and November 2014. Intended to bring aid to migrants who had shipwrecked in the Mediterranean, the Frontex initiative Triton replaced this operation at the end of 2014.

Historical background
A land of confrontations and dialogues between the two shores, the Mediterranean has been at the crossroads of new migratory turbulence since the 1990s. These measures call into question the European migratory policy implemented since then. The first irregular influxes, which caught the attention of public opinion, concerned the arrival of Albanese passengers on cargo ships, attempting to reach the coast of Italy in 1991, following the fall of the Berlin Wall. Other structures loaded down with Iraqi asylum seekers followed them after the first and the second Gulf War. In this instance, it was a question mixed flows. In other words, the refugees were also seeking work. They therefore found themselves piled up on large boats, often chartered by people smugglers, since access to Europe had been restricted by the Schengen visa system since 1986.
Then, clandestine arrivals began to look more and more like small mafia businesses. They mainly involved youth moving between Morocco and Gibraltar, Senegal and the Canary Islands and especially between Libya, Tunisia and the Island of Lampedusa, located 130 km from the Tunisian coast and 200 km from Sicily. Other passageways – like Malta and Cyprus – resulted in the mixing of tourists, asylum seekers and undocumented immigrants looking for work. In addition, these movements also marked other areas. Refugees from the Middle East traveled heavily along the border of the Evros River between Turkey and Greece, and in the Spanish enclaves of Ceuta and Melilla in Morocco. Bilateral agreements established between Senegal, Morocco and Spanish lessened the number of crossings by way of Gibraltar and the Canary Islands. But passage via Lampedusa was worsened by the fact that Libya, which until then had closed the borders of its territory by the agreements it had made with Italy and France, no longer controlled the flows of people on its territory. As a result, up to one million migrants could arrive from Libya on the Italian coast, declared the director of the Agency Frontex in March 2015. As for the eastern Mediterranean, it is beset by arrivals of Syrian migrants: in Turkey (1.5 million), in Jordan (800,000) and in Lebanon (1.5 million). Faced with this situation, upon each shipwreck and arrival from “harragas” (“border roasters” between the Maghreb and Europe) or families of refugees, European responses were limited to reaffirming the allowance of means to the Agency Frontex, destined to assume the “sharing of the burden”.

Theoretical framework
1. The migration gap. Phillip Martin and James Hollifield have analyzed this question related to the United States and the paradox of the liberal turned safe state. Concerning the European-Mediterranean region, on the one hand, one must consider the distance forming between the convergent analyses done by experts favorable to mobility as an essential factor of human development in the region. On the other hand, European policies driven especially under pressure from nation states plagued by the rise of the extreme right and a safe approach to immigration. But this policy carries an elevated human, financial and diplomatic cost. It especially goes against Europe’s economic and demographic needs that demand a rational choice of voluntary entry and the respect of human rights for forced immigration (refugees) and guaranteed by law (reunited families, unaccompanied minors).
2. Border control methods and their competitive bidding. The first one, the European mechanism results from a piling up of models implemented since the establishment of the Schengen system in 1985. The flows especially affect southern European countries faced with indifference and the default to solidarity of northern countries. This differential leads to separation between European countries concerning the way in which southern European countries handle those who have arrived illegally, leaving them alone in the face of skyrocketing entries, while the majority of illegal immigrants have entered legally and have prolonged their stay. The second system of control, marked by the seizure of sovereign autonomy with respect to the European rigidity, consists of signing bilateral agreements with countries on the South bank of the Mediterranean. For example, European countries have established more than 300 readmission agreements in the world in 2015 alone. For its part, France has confirmed fifteen of them, just like Italy and Spain. These texts ratify the promises made by countries on the South shore – themselves often having become countries of immigration and transit – to take back or to send back migrants who have crossed these countries en route to Sub-Saharan destinations, in exchange for residence for those who are more qualified and for development policies. Aware that they could act as gatekeepers for their European neighbors, certain countries like Libya under Gaddafi had created a migration diplomacy. However, the Libyan crisis and the Syrian drama wreaked havoc on this model, provoking 4 million refugees to flee Syria, a record in the region, only exceeded by Palestinians and Afghans.

Analysis
Among Mediterranean countries, Italy remains the country that has taken the most determined action against the tragedy, which has transformed the Mediterranean into a vast cemetery, and thus a key issue for world security. Europe’s border passing between the two shores of the Mediterranean, this sea, a “middle land”, has always been a place of passage. But due to lack of visas, today crossing it has become highly dangerous for a large number of people. It also represents an active zone where criminal networks exploit the hopelessness of the young, prey to mass joblessness and the absence of a future on the South shore. This situation is proving to be more preoccupying as the public struggles to distinguish immigration from terrorism. Without counting the fact that they hardly deviate from a national or territorialized approach of border control.
The bulk of immigration results from crises that destabilize the region; for example, Syrians and Eritreans make up half of the arrivals to Italy where the Mare Nostrum saved 170,000 people. However, with Triton, saving lives is no longer considered a priority. That is to say that Europe is unable to adopt a common policy. However, its responsibility in the deaths is clearly in contradiction with both its humanitarian approach vis-à-vis countries in the South and its declarations in matters of respect for human rights. How can it otherwise seek to meddle in international competition if it barricades itself within a fortress inhabited by an ageing population? How can it make an impact on the world stage if it refuses to consider migrations as a diplomatic priority?