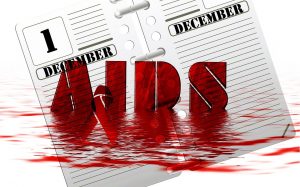 Since 1988, World AIDS Day is observed every year on December 1st. Upon the occasion of this event, public and private stakeholders publish, inform and mediatize the latest developments and the newest decisions relative to the AIDS pandemic.

In 2011, “Getting to Zero” became the watchword. Launched by the committee, the ambitious project of the World Aids Campaign, is leading financial backers to consider for 2015, “zero new infections, zero discrimination [and] zero AIDS-related deaths”. Theoretically, the conditions exist to make this possible. Scientists have not stopped thinking about therapy and prevention techniques like antiretroviral gel and post-exposure treatment. Ultimately, the costs of triple therapies are decreasing, either because of the expiration of medical patents, or thanks to the implementation of innovative financing like the UNITAID tax set between 1 and 40 levy dollars per plane ticket.

Yet, only a few months remain to attain these results. Among them, the thorough reexamination of discriminations seems difficult to carry out. In this case, depending on geographical zone or country, international cooperation confronts gender inequality more or less seriously, and touches on – or even avoids – the problems that sexual minorities, prostitutes and drug users encounter. However, faced with these difficulties, inter-state organizations are not giving up in matters of finding financing.

In this state of mind, UNAIDS – joint HIV/AIDS program cosponsored by the United Nations and the World Bank – is announcing the 2014 creation of a new Zero Discrimination Day to be celebrated on March 1st, whereas other institutions are targeting youth (between 10 and 19 years of age). The WHO (World Health Organization) hopes, for example, to improve the prevention, treatment and care for adolescents next year. For its part, UNESCO (United Nations Educational, Scientific and Cultural Organization) is committing to raise the awareness of a minimum of 95% of youth concerning sexual health, notably this thirty-year-old virus, as the United Nations recommends. For all that, each year international endowments are eroding while nationally they are growing.

1. The efficiency of official development assistance (ODA). It can be analyzed more and more based on performance indicators. This orientation mostly drives financers to favor results-based management. Nonetheless, this method more so favors the resolution of a program – will the predicted solutions be attained? – than its necessity for beneficiaries.
2. The erosion of aid. The inefficiency of cooperation policies also provokes a decrease of investments. Despite several decades of financial contributions, the persistence of difficulties within developing countries indeed results in a certain weariness among lessors, which in turn translates into a deterioration of benefits.

Since the 1980s, inter-state organizations are increasing programs directed towards specific objectives. As an example, the World Bank launched the “War Against Poverty” at the beginning of the 2000s, to conform to first of the United Nations’ eight MDGs (Millennium Development Goals). As for the seventh goal, it plans to contain the spread of HIV. The mobilization “Getting to Zero” also feeds this point by two other ambitions: the break down of discrimination and the eradication of deaths.

Besides the fact that these world campaigns guide internal and international institutions, each of their competencies differentiates their public aid policies. However, that does not determine the way in which they will then be led, because these authorities chose and attribute their financial flows differently according to the country. Thus, certain young homosexuals from sub-Saharan Africa will not benefit from UNESCO’s HIV/AIDS prevention plan, despite the fact that they are the population intended for these categories.

Results-based management produces even more harmful effects. In this situation, the acquisition of a loan can simply depend on a dominant vocabulary, which has become fashionable, such as discrimination against women, good governances, or maternal seroconversion. This logic affects project managers and their collaborators as much as it does beneficiaries. In the case of recipients, it is often about representatives seeking to divert funds in favor of other actions that they consider more necessary, even to assure their personal enrichment.

Despite the attempts of selectivity, the inefficiency of aid demotivates investors. The reactivation of their interests therefore assumes a renewing of discussions. However, the UN is still striving to attain its MDGs which will most likely fail. To do this, it is organizing “1,000 Days of Action”, in other words, the time remaining to “act and assure” the accomplishment of the eight objectives. Otherwise, it is also intending to renew this plan beyond 2015, concentrating the next time on equality.

In a similar process, the multiplication of International or World Days radically changes their function. It is no longer fitting to develop a day with the intention of providing the public with knowledge about a problem of transnational importance – AIDS, women, etc. – but rather to create a symbolic event to target and mobilize certain players. One can indeed wonder about the opportunity to transform this December 1st into a day dedicated by UNAIDS to discriminations, even though several dates already exist, centered on homophobia and transphobia, persons with disabilities or racism. But these modes of renewal are not sufficient to fight against the disinvestment of silent partners, especially as the recent victories won over this epidemic remain fragile and cannot handle an erosion of loans. Indeed, even if above all these contributions permit access to care, such reductions would affect research because these treatments continue mostly to be intended for a population bearing few financial resources, pharmaceutical industries would therefore experience a loss of income.

Certainly, the curve of new infections has leveled off since 2010. Yet, in 2009, the sums allocated to this pandemic dropped by 8.7 billion dollars and in 2010 by 7.6 billion dollars; suffice it to say that the situation is very worrying.