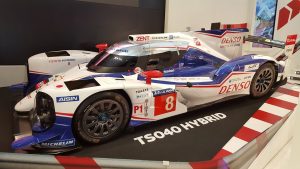 Owned by Amaury Sport Organization, the Dakar rally raid (ex Paris Dakar) started on the 5th of January and ended on the 20th. It includes three types of vehicles: motorcycles, cars and trucks. It is the biggest off-road race in the world.

The Dakar rally raid first took place in 1979. Since then, the route was changed almost every year: Paris wasn’t always the starting point, nor Dakar was the arrival. In 1992, Dakar was replaced by Capetown and in 2002 the rally was organized between Dakar and Cairo.

Despite its designation, this event no longer goes from Paris to Dakar. Since 2009, it takes place in South America across Peru, Argentina and Chile. On the 24th December of 2008, four French tourists were murdered in Mauritania. As a result, the organizers cancelled the 2008 edition and decided to leave Africa for Latin America. It didn’t come as a surprise, as several editions had already been disrupted (if not threatened) before, forcing the organization to cancel several stages of the rally or to change the initial route.

Theoretical framework
1. Civilizational dynamics. In his work, Norbert Elias showed that the propensity of people who enjoy hurting others started reducing after the Middle Ages in Western Europe. As a result, it lowered the tolerance threshold of physical violence and it showed the wish to put it “behind the scenes” (E. Dunning), to punish it or to magnify it through sports.
2. An unaccomplished sportification. Elias insists on the fact that the sportification process is part of the slow effort of self-control and of evolution of one’s feelings. This has been accomplished by the civilization since the Renaissance period, along with the state building project. Sports allow a “regulated release of feelings” but they also include affections and aggressiveness. However, they are contained within a strict framework where violence remains limited in a specific time-space continuum. For the German sociologist, everyone’s inner emotions and impulses are always defined and tamed with sports in the end. In other words, sportification is an essential step on the civilizational process: it is a pacifying key-device.

Since its creation, the Dakar rally raid received strong criticism and was a matter of widespread debate. Firstly, opponents insist on the high number of deaths and wounded people that happens in every edition: children or spectators fatally struck by a vehicle, or competitors getting killed in an accident. There have been many victims over the editions and this iron law also applies to journalists and organizers (like Thierry Sabine, in 1986). Secondly, they say it is an act of ecological aggression and a plundering of energy resources, even more today, in the context of the fight against global warming.

In front of such risks, the French association CAVAD (Group for the Dakar rally raid anonymous victims) was created in 2006 to campaign against this event. It calls for a parliamentary investigation on “various incidents and misdeeds that occurred during the rallies” in Africa and Latin America, and expresses its doubts at to whether such social disorders are appropriate. Its members refuse to become “accomplices of such a widely advertised rodeo in the land of poverty” and say this rally shouldn’t be ignored. By doing so, they condemn using developing countries as a playground while those are being “highly exposed to AIDS, hunger and over indebtedness“. For them, the Dakar rally raid is a “neocolonialist provocation with a huge waste of money and energy”. Therefore, every year, they call for a boycott of this “obscene and shameful slave trader crusade”, as they call it.

On the opposite side, the organizers of the Dakar rally raid, say they are not to blame for any physical or symbolical harm. Yet, they barely regret “inevitable” but rare accidents. As a main argument, organizers report the great support and dedication shown by both the authorities and the inhabitants in every host countries. To clean themselves, they use the “economic development” as an alibi. According to them, this sporting event attracts foreign currencies, builds new roads and other facilities which is an extraordinary chance for the local population. This Western-centered paternalist attitude not only shows a profound denial of the reality, but it also reveals how societies are culturally alienated. Indeed, some countries even ask to host the Dakar rally raid when they know perfectly well that there won’t be any economic benefits – the only big winners are the brands. Meanwhile, the local populations fail to see the cultural domination comprised in this so-called sporting event. Yet, the organization of the routes since the beginning of the Dakar rally raid already speaks on the domination of the South by the North.

Organizers not only want to make the Dakar rally raid looks like an epic, they also want to make the audience believe it’s true. Thus, they argue this event is an opportunity for the competitors to go beyond their limits, to promote cults of both speed and technical achievement. Yet, they can’t ignore that such presentation is a de facto promotion of a manly prowess demonstration in its most primal form. While rallying, competitors are engaged in a battle with no risk of physical harm: this confirms the position of Norbert Elias. Indeed, thanks to their interdependent relationship, the social ties are more linked and operational between them than at the beginning of the rally. In other words, as Emile Durkheim referred to, an organic solidarity is set in motion, strengthening the cohesion of the group. However, the process of sportification that brings them closer also enables them to show more brutality around the symbolical limits of the Dakar rally raid. As a matter of fact, the latter acts as a sanctuary for the competitors and fulfills a cathartic function. In contaminating host countries, the Dakar rally raid shows so-called higher beings displaying “signs of affluence in the most ostentatious nature way possible” (Veblen). All this leads us to believe that the trivialized – or glorified – violence of this globalized annual trespass is the sign of the implementation of a brutalization process.