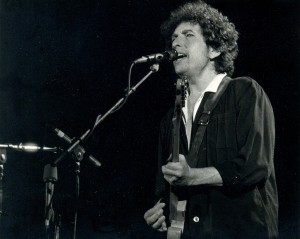 In a surprise move, on October 13, 2016, the Swedish Academy awarded the Nobel Literature Prize to the musician and poet Bob Dylan, « for having created new poetic expressions within the great American song tradition ».
The American singer is the successor of Belarusian writer Svetlana Alexievitch, first Russian speaking woman to receive this award. However, he said he would not attend the December 10th prize ceremony in Stockholm, held under the patronage of King of Sweden Carl XVI Gustaf.
> Historical background
> Theoretical framework
> Analysis
> References

Historical background
On his quest for a distinctive mechanism to pacify the global scene, Swedish industrial chemist and philanthropist Alfred Nobel created through his will, on November 27th 1895, five annual prizes: physics, chemistry, physiology-medicine, literature and a peace prize. He laid the foundations of a purposefully pacifist and cosmopolitan international system of rewards. He also detailed that the peace prize would only be awarded by the Norwegian Parliament (Storting) and handed in Oslo. At the time, this was received with strong disapproval from Sweden as Norway was still under Stockholm’s authority. After Nobel’s death on 1896, many years passed before the first prizes were awarded. Indeed, the disinherited Nobel family engaged in lengthy court proceedings with the testamentary executors of the magnate. Only in 1901 were bestowed the first distinctions.
With regard to the literature prize, the institution issued over decades many normative preferences that progressively became authoritative on the global scene. Since the beginning, the Nobel jury strived to attain two complementary objectives. It honoured famous writers, but also fostered innovation and favoured unnoticed authors. For instance, the Nobel literature jury, driven by Lars Gyllensten, privileged innovative reality depiction through writing. He then declared « the prize should not crown the merits of the past […] it should not be a mere decoration […] but also constitute a bet on the future […] in order for the laureate to create a piece that would still deserve encouragement ». The Nobel institution looked up to « enable an original, innovative writer to pursue his or her work; allow a literary genre, unnoticed but prolific, to emerge and receive help; promote a neglected cultural or linguistic area, or other initiatives and human struggles with an award ». This is why the Committee undertook the role of discoverer, to distinguish overlooked works and genres, and favour writers with no international readership.
This explains the decisions of Swedish academicians that might have sometimes appeared as puzzling. This was the case in 1977, as Spanish poet Vicente Aleixandre had only published once, in France, when he received the Nobel. As he was hastily demoted to the status of « obscure writer », by some journalists, Swedish Academy Secretary Lars Gyllensten backed the choice of the jury stating that the « he attribution of the Nobel prize of literature did not recompense the best writer of the time, as this was an impossible task. » This consideration is still quite relevant today and has made related debates pointless. In 1979, poetry composition was again distinguished and Greek esoteric poet Odysseas Elytis received a Nobel. In 1987, the Academy confirmed its line and honoured the young leader of Russian poetry Joseph Brodsky, followed by Irish poet Seamus Heaney in 1995, and Polish poetess Wislawa Szymborska in 1996. Poetry, deemed to be unaccessible to the wider audience appears as a priority. In fact, when the Nobel jury recognises Bob Dylan in 2016 as an inventor of « new poetic expressions », it only replicates the doctrine drawn out year after year, a doctrine faithful to Alfred Nobel’s preferences, a great poetry enthusiast.

Theoretical framework
1. A maker of the norm. With a distinctive and sometimes unknown masterpiece selection, the Nobel literature committee sets out priorities and aims to shape the mainstream trend. By doing so, it strives to promote overlooked literary genres with a small audience. For this reason, the committee became prevalent in defining literary and aesthetic norms over the last decades.
2. A universal prescriber. By recognising a world famous life’s work and also new forms of expression as legitimate, it intervenes as a global prescribing authority.

Analysis
Contrary to the long tradition of reservation and secrecy characteristic to the institution, General Secretary to the Nobel Committee for literature Sara Danius highlighted that her peers showed «consistency » while voting in favour of American singer Bob Dylan. She indirectly replied to the many critics aroused when the name of the laureate was unveiled. « He continues a tradition that goes back to William Blake », the famous English poet who died in 1827, she added.
The problem put forward by her detractors is linked to the fact that the grantee was mainly known as a singer, and not as a writer. The symbolic maneuver of the Nobel jury lies in integrating the American artist in the heart of a literary genre that has always been supported by the institution: poetry. From then, the nobelisation appears to follow a, somehow, traditional orientation. The infringement is then to give new boundaries to the poetic form. But discovering and consecrating « new poetic expressions » implies necessarily to broaden the scope and innovate through new vectors of poetry. Bob Dylan’s work, interwoven with rock, folk, country, soul, blues and popular tunes, makes him a syncretic and innovative songwriter. In granting him a Nobel Prize in literature, the institution seeks not to promote an already widely acclaimed artist, or make famous a celebrity. But it certainly seeks to legitimise and define, on the global scene, writing standards that have been encased until now in songwriting and music. This genre, mainly perceived as popular and marginal, is now reconsidered and honoured by the Nobel prize. Beyond Bob Dylan, the individual, the committee states its determination to capture, recognise and promote new literary forms. In other words, this nobelisation follows an historical continuum that has never been challenged since 1901. It allows one to delineate, in the light infringement committed today, tomorrow’s conformism, as the Nobel diplomacy’s normative power imposes and globalises new modes of expression previously considered as secondary.