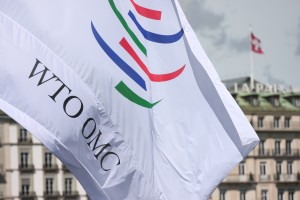 The WTO’s 10th Ministerial Conference was held in Nairobi, Kenya, from December 15 to 19, 2015. On this occasion, the organisation welcomed a new member, Afghanistan, increasing the number of member States to 163. The meeting culminated in the adoption of six measures on agriculture, cotton and issues related to least-developed countries (LDCs).
> Historical background
> Theoretical framework
> Analysis
> References

Historical background
The WTO is a relatively new arena amongst international organisations. Created in 1995, the WTO has been established by the Marrakech Agreement that closed up the Uruguay Round Negotiations (1986-1994). This new scene has replaced the GATT (General Agreement on Tariffs and Trade) born in 1948 with the mission to build a global free-trade system through progressive removal of custom barriers. After World War II, victorious powers – with the United States at the helm – agreed on the necessity to avoid any return of protectionism, as of which prevailed during the interwar period. Indeed, protectionism contributed to worsen the economic crisis of 1929 and triggered the outbreak of the conflict. But that project also originates from the will of the American hegemon to stop the vicious financial triad deficit-debt-reparations which detrimental effects had already been criticised by economist John Maynard Keynes, at the signing of the Versailles Treaty. In this regard, the specificity of the United States economic endorsement of the UK in 1942, and especially their long-term debt policy, should be underlined. If Washington considered material support to Europe as a non-refundable war effort, agreements clearly detailed economic and commercial policy settlements that were to be enforced as soon as the war would end (Graz, 1999).
After a few preparatory reunions, the United States launched the Havana Conference in November 1947. The meeting led to the adoption of the GATT agreements four months later, and planned the creation of the WTO. However, under pressure from business circles, the Senate opposed the ratification of the treaty. This blockage led to maintain the GATT, an organisation initially designed to operate only on a short period. Between 1948 and 1994, eight rounds have been held. However, the last round achieved important developments related to domains such as services, textile, intellectual property, while stressing tensions on agricultural questions.
Since its foundation, the WTO has followed an arduous path. After the marked failure of the Seattle Conference in 1999, its members opened a new round in 2001 in Doha. However, tensions between trading powers, disagreements between emerging States and a steady North-South divide stalled the talks in 2006. Moreover, as the 2008 financial crisis fostered protectionist attitudes, no significant step forward has been registered since then. Indeed, this situation advertised the WTO as a paralysed organisation. Simultaneously, this dead-end triggered critics against multilateralism as a regulation instrument.

Theoretical framework
1. The inertia of an international regime. Developed by John G. Ruggie and Stephen Krasner, the notion of regime refers to the “construction of a limited order, restricted to one domain of activity and a few governmental players” (Laroche, 2013). Based on this principle of functional separation, the WTO is a striking example of international regime. Nevertheless, as the multiplicity of interests at stake slows down – and sometimes prevents – any possible agreement, this multilateral chamber shows structural inertia without any prospects of evolution.
2. A revival of bilateral agreements. The crisis experienced by this organisation underlines the limits of this type of cooperation. This leads to a growing number of commercial partnerships being established between regional powers – the Transatlantic and Transpacific Partnerships being two of the most finalised models of these partnerships.