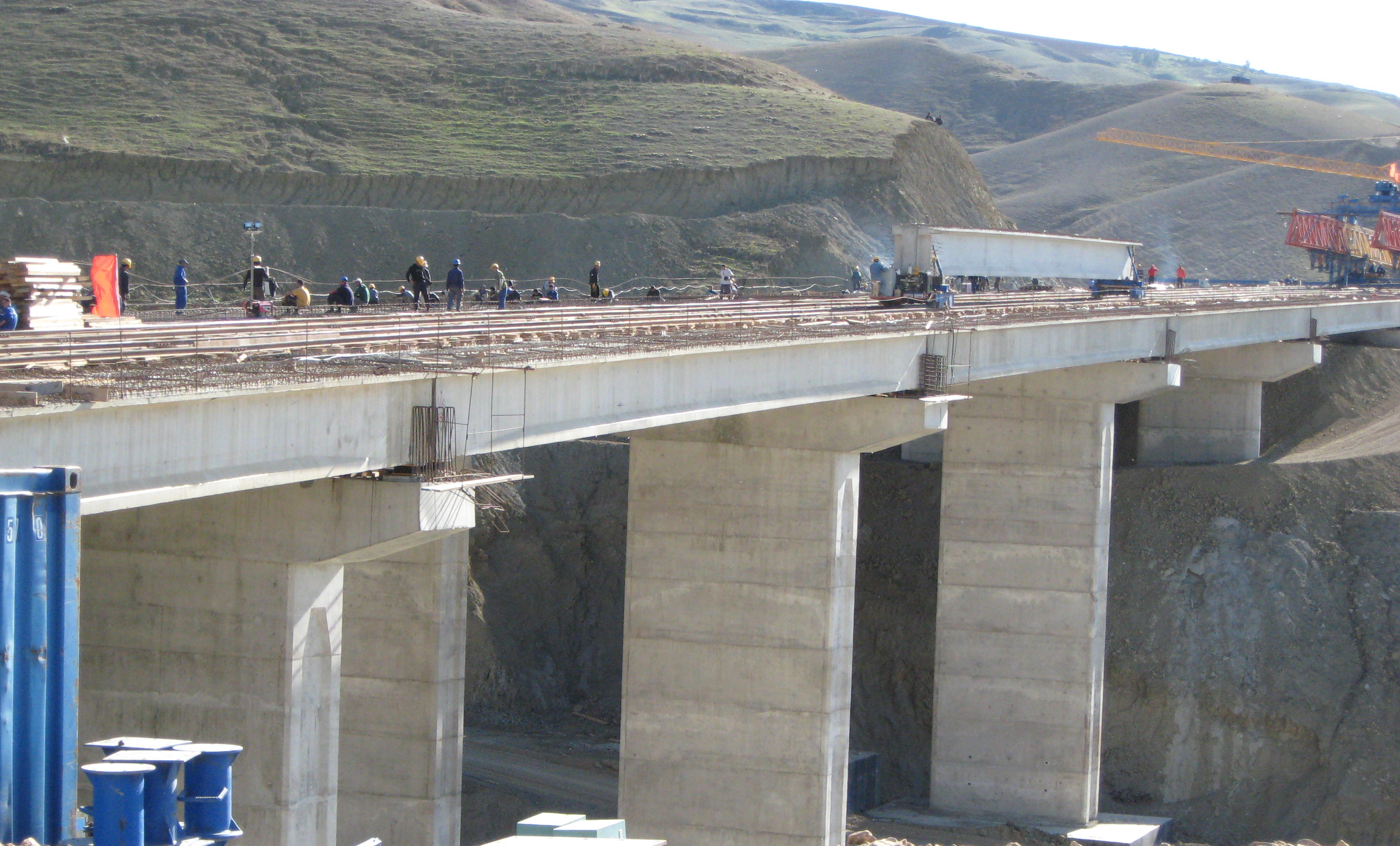 On April 16, 2015, the city of Constantine was declared the capital of Arab culture for one calendar year. During this time, Constantine will welcome theatrical plays, festivals, symposiums, exhibitions, etc. A budget of seven billion dinars (700 million dollars) is earmarked for the organization of this event. For the occasion, the Algerian Prime Minister Abdelmalek Sellal has initiated several large projects including a cultural hub comprised of a cultural center, an urban library, a museum and galleries, alongside an art and history museum, an exhibition center and a 3,000-seat performance hall. The auditorium cost 156 million dollars and rights for its construction were given to the CSCEC (China State Construction Engineering Corp.). This cession revived the controversy over the Chinese monopoly in Algeria’s construction (building and public words) industry.

Historical background
In 2013, the PRC (People’s Republic of China) became Algeria’s largest supplier with 6.82 billion dollars of imports (+14.33%), superseding France (6.25 billion dollars), which had held the position until then. The figure reached 8.2 billion dollars in 2014. Furthermore, China is Algeria’s 10th client at 1.8 billion dollars. We note that trade, which is highly unbalanced, grew from 200 million dollars in 2000 to 10 billion dollars in 2014. This change results from the special relationship between the two countries, which began very early with the Bandung Conference held in 1955. This Asian African summit was the setting for the adoption of a resolution recognizing Algeria’s right to self-determination and independence. Moreover, China is the first non-Arab country to have recognized its provisional government (1958) and its independence in 1962. For its part, Algeria has always supported the principle of One-China, which defines Taiwan as an integral part of China. Subsequently, the non-aligned movement has substantially contributed to the political and economic rapprochement of the two nations.
Today, Sino-Algerian relations cover every strategic area including industry, agriculture, arms, infrastructures, etc. Thus, more than 790 large companies remain active in Algeria and more than twenty cooperation agreements have been signed. The latest one concerns a plan of global strategic cooperation for 2014-2018 (286 billion dollars), which boosts economic relations between the two states. This change has resulted in the influx of thousands of Chinese citizens. Today there number is estimated at 40,000 (contracted workers and CEOs accompanied by their families), including 2,000 who have obtained Algerian nationality. While the law requires focusing on local manpower, these entities are primarily hiring Chinese employees. Therefore they are significantly shaping the urban landscape by actively participating in the construction of infrastructures and by introducing an unprecedented migration in a zone that was cut off from the rest of the world during the black decade .

Theoretical framework
1. The appearance of economic diplomacy. Benefiting from the increase in oil prices on the international market, Algeria has put a recovery policy into place. The plan is based on three primary axes: 1) attracting foreign investors, 2) technology transfers and 3) the construction of necessary infrastructures for economic expansion. Consequently, legal tools have been created that would allow citizens to get more involved in projects lead by Chinese firms. However, these companies rarely respect the provisions, and this situation is leading to the development of a socio-economic debate. Ultimately, the Algerian state finds itself exceeded by and sometimes in competition with these transnational actors who are implementing their own economic logic. Oftentimes these policies even contradict the interests of the country.
2. The construction of transnational communities. Catalyst of integration, the migratory phenomenon remains one of the consequences of the globalization of economic exchanges. The work of Alain Tarrius and Michel Péraldi has explained the construction of the figure of the migrant entrepreneur in the post-Fordist context related to the industrial crisis with rising unemployment and immigration control. In Algeria, this development resulted in a redeployment of merchant channels. From that time, migrant workers were organized into transnational networks.

Analysis
Chinese companies are particularly invested in the Algerian construction sector. Since the beginning of the 2000s, the country has initiated a series of large projects funded by the rise in oil revenues. It has therefore become one of the most attractive markets of the sector for these groups, which have earned the contracts for 60 to 80% of public and private projects.
In the autumn of 2005, the head of government, Ahmed Ouyahia, said that henceforth, his country would no longer “appeal to Chinese companies in construction”. However, directing massive projects such as the East-West highway, the Great Mosque of Algiers, the Algiers opera and thousands of public housing buildings, has led to the arrival of a massive wave of Chinese labor liable to meet the requirements of cost as well as time constraints . Many worker camps have been created since the beginning of the project. Chinese boutiques have flourished in business quarters of Algiers and in other cities where Chinese companies – primarily construction – have been set up. This phenomenon is reminiscent of events in the United States in the mid-19th century following the Burlingame Treaty in 1868. Today, Chinese traders are set up in the center of Algiers, but also in other large metropolitan areas such as Constantine and Annaba. They often sell the same type of products at prices so low the reputation that Made in China connotes is forgotten. Still, this sales strategy draws as many clients as it revives the socio-economic dispute. The high unemployment rate and the competition that Algerians have undergone are at the source of numerous incidents. Last year on August 3, violent clashes between Algiers residents and Chinese immigrants erupted in the suburbs of Algiers. Actually, these endemic collisions testify to the high tensions existing between the two communities.
Several legal and cultural arrangements have been put into place to channel these troubles, to facilitate dialogue between the two societies and to help them overcome the ethnocultural divide that separates them. First and foremost, the Chinese groups are legally obliged to hire Algerians. Besides that, several programs geared towards learning Mandarin have been implemented. Consequently, Chinese is taught at the University of Algiers as well as in private schools opening their doors at increasingly fast rates. Otherwise, the Embassy of China in Algiers organizes cultural activities, like the writing contest opened to the public in 2010. Finally, an Algerian-Sino Friendship Association was created and mixed marriages are becoming more common. In other words, these sovereignty free actors compete with state authority and manage to guide Algeria’s public policies, becoming unavoidable interlocutors whose presence must be taken into account.