PAC 115 – The Confirmation of a Humanist Orthodoxy The French Writer, Patrick Modiano, Nobel Laureate for Literature 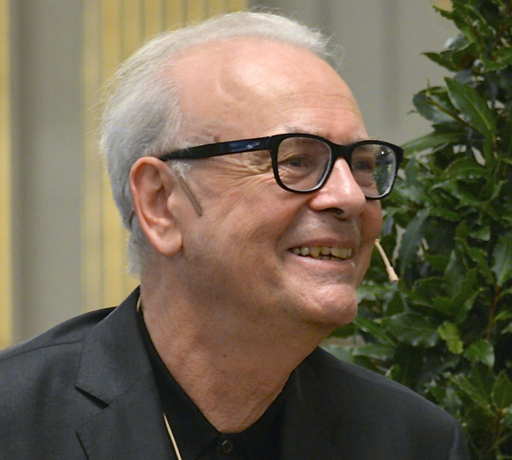 On October 10, 2014, the Swedish Academy awarded the Nobel Prize in Literature to the French writer Patrick Modiano. After J.M.G. Le Clézio, who obtained the award in 2008, this author allows France to boast of a 15th trophy and to remain to this day – ahead of the United States – the State with the most awards in this discipline, with 13.5% of the recipients.

In his will recorded on November 27, 1895, Alfred Nobel developed a resolutely cosmopolitan, pacifist and humanist project. This essential document details the financial decisions and the criterion, which after his death would govern the creation of an international prize system, suitable for organizing the globe. However, his two testamentary executors had to face the tycoon’s family who found themselves disinherited by his express will. Refusing to lose one of the largest global fortunes of the era (31 million Swedish kroners equivalent to 1.5 billion euros), his family then entered into a long contentious procedure at the end of which they earned 1.3 million Swedish kroners. In return, they recognized the validity of the models put forth by the Swedish industrialist and therefore permanently renounced its financial ambitions. Henceforth the Nobel Foundation was then able to take shape and to forge the powerful tool in favor of knowledge and peace that the industrialist had called for in his last will and testimony. In 1901, a system of five prizes (physics, chemistry, physiology-medicine, peace and literature) was finally put into place. In 1968, to celebrate the three hundredth birthday of the bank of Sweden, it decided to finance an economic prize “in memory of Alfred Nobel” awarded on the same basis as the others. It is this global framework which today remains in vigor.

No matter the specialty being honored, each prize must reward those who “will have given the most benefits to humanity” (will). Concerning the Nobel Prize for Literature, throughout the years, the institution has enacted the “variants of dominant taste” in the international scene. Actually, for more than a century, its humanist orthodoxy has not ceased to oscillate between two opposing yet complimentary lines of force: 1) The discovery of an author; this process primary aims to encourage innovation and/or to promote forms of expression which for too long have been ignored. The committee sought to reveal artists who are little known outside of their linguistic or cultural domain, and to which few people had access until that point. Using this logic, let us mention as an illustration Saint-John Perse, (France, 1960), Seamus Heaney (Ireland, 1995), Wisława Szymborska (Poland, 1996), or else Mo Yan (China, 2012). 2) The consecration of a notoriety and of confirmed values, already known the world over recognized by a large readership, as for example Thomas Mann (Germany, 1929), Albert Camus (France, 1957), and Jean-Paul Sartre (France, 1964). In this situation, the jury is constantly forced to fill the two apparently contradictory objectives based on one doctrinal line. As Lars Gyllensten1 said it well; “The prize must not crown the achievements of the past […] it must constitute a stake or else a wager on the future […] which can encourage the laureate”. In other words, the Nobel Prize in Literature aims to “allow a writer who is both original and innovate to pursue his work; a literary genius, neglected until then but prolific, to emerge from obscurity and to receive help, a cultural or linguistic area insufficiently noticed, or for other attempts and human struggles to be supported by the attribution of the prize.”

1. A normative Dissonance. Each year, the attribution of this distinction gives way to interminable controversies – even violent debates – which center around the pertinence of the selected choice. It is indeed often reproached for not having designated the “best writer of the moment” to borrow Lars Gyllensten’s expression which, rightly so, saw in such an idea, “an impossible task”. Besides that, not only has this injunction appeared utopic, but also it does not correspond to the directives explicitly formulated by Alfred Nobel. More modest, these directives are less on the literary map and more so in the ethical register.
2. A Hierarchization of States. Only individuals or institutions can receive a Nobel Prize. This fact has not, however, prevented states from considering this distinction as an international device of measurement for gauging their scientific level, their cultural reach and their political stature. They recognize the symbolic power to evaluate their intellectual potential and to attribute them a more or a less prestigious rank: in short, to hierarchize them. Having therefore become a constitutive element of their power, this title of nobility currently acts as a sanction of their research policy, cultural production and respect of the common good. We are therefore indeed in the presence of a non-state diplomacy which influences the interstate game.

Since the creation of the prizes in 1901, the prestige attached to this international system of gratification has not ceased to expand to the point that the laureates have become, throughout the years, synonyms of global excellence, exemplary intellect and citizenry. Defined as eminent personalities, they constitute a transnational elite bearing exceptional qualities, simultaneously social, moral and intellectual, to the point that they are sometimes given a quasi thaumaturgic power.

As for the Nobel Prize in Literature, it is perceived as an ambassador of the literary richness of a country, the best indicator of the cultural balance of power opposing nations much more than the recipients. However, the misunderstanding erupts quite quickly, as soon as it is time to acknowledge one’s preference for this or that personality. According this award to whosoever “will have produced the most remarkable work of literature in the sense of idealism” – as Alfred Nobel said it himself – does not imply gratifying any particular literary qualities. The writers Sully Prudhomme (France, 1901) or else Pearl Buck (United States, 1938), to only mention two examples, illustrate well this humanist logic, not very demanding concerning contributions withheld. Of course, such logic does prohibit the jury from favoring an innovative style, a precursor, and a pioneering enterprise, even an esoteric one. Quite the opposite, each year the jury endeavors to reconcile the esthetic and humanist orthodoxy. Assuredly, it works as much as possible to fill every lacuna between these two dimensions, as attributing the prize to Hermann Hesse (Switzerland, 1946), William Faulkner (USA, 1949), Ernest Hemingway (USA, 1954), Samuel Beckett (Ireland, 1969), Harold Pinter (UK, 2007) and so many others.

As for Patrick Modiano, the Committee clearly dedicated its development for a long time recognized and benefitting from a broad public just as faithful from year to year. Child prodigy of French literature in the 1970s, he quickly accumulated honors. Beginning in 1968, when he was only 23 years old, he received the Roger-Nimier and Fénéon Prizes for his first book La Place de l’Étoile. In 1972, he became the youngest beneficiary of the Grand Prix du roman by the Académie Française, for his third work, Les Boulevards de ceinture. Then in 1976, he was given the Goncourt for Rue des boutiques obscures. Then, the distinctions multiplied nationally as well as internationally. His melancholy universe centered entirely on the Paris of the Second World War, comes under memorial duty. He testifies to the frenzied refusal of seeing the smallest trace of anonymous beings wiped away forever, crushed by the war or simply by the hurly-burly of life. Indefatigably, he says of the urgent need to explore a painful pain to better calm the injuries of an absence and an uncertain identity. The Royal Swedish Academy, saluted this archaeological work led hard by Modiano “the art of the memory with which he evoked the most elusive human destinies and unveils the world of the Occupation”. In other words, the Academy took cared to underscore mezza voce the conformity of his work to the humanist project of the industrialist, all the while succeeding in crowning a writer with unquestionable talent.

This Nobel laureate honors a fictional world, a solitary and in many ways atypical journey. At the same time, it also allows the French State to benefit. In so doing, France appropriates the fame of a man, capitalizes it and converts its into a political resource for itself in order to maintain its rank in the global competition where all state actors are condemned to compete.