PAC 113 – Biodiversity Threatened by the Market The 65th Meeting of the International Whaling Commission, Portorož, September 11-18, 2014 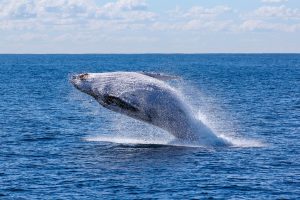 From September 11-18, 2014, the IWC (International Whaling Commission) convened in Portorož, Slovenia for its 65th biannual meeting. During this gathering which brought together nearly 90 states, the debate centered notably on Japan; its government being regularly accused of using science to make an argument for its pursuit of commercial whaling. In March 2014, a decision ordered by the ICJ (International Court of Justice) in The Hague had thus demanded – following a complaint filed by Australia – that Japan put an end to its program in Antarctica.

Created in Washington on December 2, 1946, by the International Convention on the regulation of whale hunting, today the IWC brings together 89 member states. Its primary objective is to “ensure the judicial conservation of whale stocks in order to allow for the organized development of the whaling industry”. Also, its mission comprises the development of protective devices for these mammals, fixing capture quotas and leading scientific studies for which it ensures the propagation of the results.

In this framework, the Commission recognizes three types of whale hunting that come under different regulations: 1) commercial whaling, 2) aboriginal subsistence whaling, 3) scientific whaling. While the first was strictly prohibited by the moratorium of 1986, the second remains authorized as long as the meat is used on the spot for human consumption. On the other hand, scientific hunting, which does not come under its control, retains its legal status.

Let us recall that the creation of the IWC is a continuation of the first restrictive measures, which resulted in the formal outlawing of this activity in the southern hemisphere beginning in 1939. Indeed, the intensification of captures since the 19th century – thanks to the appearance of whaling ships then floating fish factories – and the development of the glycerin-based explosives market during the First World War had rapidly led to the quasi-extermination of certain species such as the blue whale and the humpback whale.

Nonetheless, commercial hunting began again in 1949. In Japan especially, this practice has allowed for a response to the serious food shortages, which were rampant after World War II. Following that, the lack of respect for quotas and the incapacity of the International Commission to impose sanctions to offender countries led to a new collapse of whale populations. During the 1961-1962 season, no fewer than 66,000 whales were killed in the Antarctic. Faced with this alarming observation and this environmental emergency, in 1982 the International Commission’s member countries voted for the implementation of a moratorium. To be exempt from it, the main whaling countries – the USSR, Norway and Japan – officially filed their objections.

Supported by Iceland, Norway maintained its rejection of the text and continues even today commercial whaling. For its part, Japan – which reconsidered its 1986 decision – grants special research permits, thus exploiting the loophole induced by the authorization of captures for scientific means.

1. Political use of scientific legitimacy. By systematically using a scientific argument to orchestrate large-scale campaigns, Japan is working to circumvent the regulations inherent to all global governance. In this way, it is also contributing to the erosion of the capital of legitimacy specific to expert assessments conducted in the environmental field.
2. The protection of biodiversity by sanctuary. Faced with the difficulty that safeguarding endangered animal species represents, sanctuary – in other words, the creation of vast protected zones – from now on seems to constitute one of the most effective ways to conserve biodiversity.

Strongly marked by the IJC’s decision, the 65th meeting of the International Commission accorded an important place to the debate on scientific hunting authorized by Article VIII of the 1946 Convention. The latter specifies that “if states must submit proposals to be examined, […], the member state decides to grant a permit as a last resort and this right takes precedence over other regulations set up by the International Commission, including the moratorium”. While it accepted the 1986 text, Japan relies on the prior provision in order to grant special permits through its research program in Antarctica (JARPA). Begun in 1987, this program has otherwise been renewed without prior accreditation by the IWC’s scientific committee in 2005 (JARPA II). Also, it is estimated that 10,000 mammals were harpooned between 1987 and 2009. This evaluation seems all the more alarming with the knowledge that IWC Whaling – the Institute of Cetacean Research – had until recently had very few results. A study published in 2006 indicates that only four articles were published in sixteen years. In this way, the decision made by the International Justice Court in The Hague confirms the accusation by concluding that these research missions concealed what in reality was commercial whaling. Summoned to put an end to these practices, however, Tokyo replied by announcing the creation between now and year’s end of a new program (JARPA III). By systematically invoking scientific necessity, Japan benefits from the structural weakness of this international authority to overcome regulation that continues to be hesitant and lacks the means to impose sanctions. In particular, it contributes to the erosion of the credit granted to all scientific expertise concerning environmental preservation.

In this context, the creation of sanctuaries remains the favored way of preserving whales from hunting and illegal commercial practices. In this case, the establishment of vase protected spaces at the heart of strategic regions for the biological safeguard of the most threatened species should substantially improve their rate of reproduction. Besides the protected marine areas – which fall under state’s sovereignty in their EEZ (Exclusive Economic Zone) –, two are currently managed by the IWC in the Southern Ocean and the Indian Ocean. But in the absence of surveillance models, securing these zones that cover several millions of square kilometers remains an extremely complex task. Notably, last January, the NGO Sea Shepherd – which campaigns for the conservation of marine biodiversity and organizes sea campaigns – denounced the raids carried out by the Japanese fleet in the sanctuary located in the Southern Ocean. This organization is reputed for its remarkable operations that aim to intervene between boats and cetaceans at the moment of their capture. It leads much mediatized actions to sensitize citizens of the archipelago. In this sense, it is appropriate to highlight just how much the consumption of this luxurious commodity has diminished over the course of the last few years. According to IWC Whaling, 908 of the 1221 tons from the 2012 campaigns were not sold. If the protection of these cetaceans implies the implementation of major global governance, it could not do so without a serious effort to sensitize public opinion so ass to modify this market’s logic.