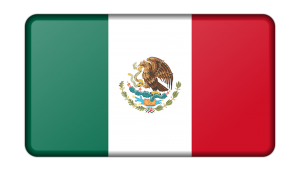 On April 15-16, 2014, Mexico hosted the meeting of the Global Partnership for Effective Development Cooperation, the fruit of an OECD initiative. The conference brought together some 1500 participants from 140 countries: heads of state and government, ministers, members of parliament, directors of international organizations, representatives from the business world and from civil society, foundations and development professionals. The assessment of these two days remains mixed: the failure that certain participants expected did not occur and the participation of such a diversified range of actors comprise grounds for satisfaction for organizers. But the final declaration lacks substance and several key partners did not ratify it.

Until the fall of the Berlin Wall, ODA (Official Development Assistance) provided evidence of great predominant cleavages: the big push model, import substitution, integrated rural development or structural adjustment. But it especially obeys the rules of influence of former colonial powers and the logic of blocs. After the end of the Cold War, the observation of the failure of decades of intervention and the mistakes of neoliberal policy fed a profound questioning of this mechanism of interstate solidarity. In 2000, the adoption of the Millennium Development Goals offered a start which favored a restrained number of precise and measurable priority targets, shouldered by the ensemble of contributors from the field and which should be attained by 2015.

To support this movement and to restore credibility to their action, under the protection of the OECD, the followers of ODA lead a vast negotiation aiming to regulate their practices in order to improve aid efficiency. After a first international meeting in Rome (2002), two stages proved to be decisive: Paris’ declaration on development aid efficiency in 2005, then the promises by Busan, adopted in Korea (2011). With the deadline for the MDGs approaching, these stakeholders are today trying to restructure a common agenda for the post-2015 period, notably by advancing the notion of sustainable development. The Mexico City meeting aimed to set a benchmark for this transnational process.

1. Aid diplomacy. Whether be under its humanitarian aspects, those related to reconstruction or to development, aid is frequently mobilized by states as a supplementary instrument in the service of their political strategy. With the decline of the bipolar system and the weakening of alliances stemming from colonization, ODA was backed by other plans, such as the enlargement of commercial opportunities, the security of access to raw materials, the search for support for international initiatives, or else the diffusion of technical, commercial, social or environmental norms. Today this domain is seeing the rise in power of new participants: emerging countries, private foundations and companies, NGOs, consulting firms and think tanks.
2. Aid efficiency. The dissatisfaction shown in regards to interventions in the name of solidarity has incited aid actors to underscore the results of their activity. This concern manifested itself by highlighting evaluation as an instrument for accountability. Systematic reviews have thus been established for gauging development projects or programs with regard to common criteria such as pertinence, effectiveness, efficiency, durability and impact. On the other hand, transnational authorities have been put into place in order to coordinate the interventions. Besides, cardinal principles have been adopted to regulate the programming of aid contributors: appropriation by beneficiaries, harmonization of initiatives, alignment with locally defined priorities, partnerships with public and private organizations, and finally transparency.

The governance of the Global Partnership for effective development cooperation sparks debates, notably regarding the representation of civil society to the Steering Committee. For the moment, its tripartite presidency is aiming to assure a balance between developed countries, developing countries and emerging countries. The current team, comprised of British, Nigerian and Indonesian representatives, has, however, been criticized for its lack of transparency. As a result, some are calling for the modification of the composition and mandate of this structure. The next phase will be led by three co-presidents representing Mexico, the Netherlands and an African country yet to be determined. A high expectation in this regard will be to exceed the priority accorded to launching events, to focus on the long-term animation of a substantive discussion. Nonetheless, etching out a clear direction, for an ensemble as composite as this one, remains a challenge.

This meeting has equally conveyed the development of the balance of power in the aid field. Thus, emerging countries have demanded a tangent position. While they actively participate, Mexico and Nigeria have criticized this multilateralism. As for Brazil and Argentina, they have shown themselves to be even more skeptical. Regarding China and India, they have not even participated in the exchanges.

On the other hand, the private actors appear much more active. In the context of parallel meetings where they have shown themselves to be very present, foundations have for the first time adopted a common charter on the effectiveness of their actions. Large companies – in particular those from the raw materials and industrial sectors – have otherwise been very visible. Upon the invitation of financial backers, representatives of civil society, while quite numerous, have participated in a limited capacity or else have been critical. The rivalry remains strong between the United Nations and the OECD regarding the most legitimate organization to guide the process. Yet this debate seems outdated in light of the multiplication of PICS (Partnerships Initiative Coalitions).

The object of negotiations has also evolved. Indeed, if initially the groups’ discussions centered on aid effectiveness, they have progressively expanded, and today it’s the question of multi-actor partnerships that is proving to be at the center of concerns. The partnerships have shared the observation of a singular absence of debate at plenary sessions during which exchanges have remained much codified, without untimely speeches, including by the organizations of the target society. We have, for example, noted few advances on the questions placed at the top of the official agenda, like the role of the private sector, multilateral actors and the environment. In contrast, parallel events have been more dynamic and have allowed for progress on certain subjects, like tax evasion or else the fight against money laundering, etc. For its part, France is seeking to adopt the role of catalyzer on the stakes relative to norms of social and environmental responsibility, and on the partnerships between public and private operators.

Nevertheless, the question of resources has not been treated during these discussions and the respect of engagements taken by donor states to set aside 0.7% of their GDP has not even been discussed, while however this theme is crystalizing numerous arguments in forums on development in the North.

*This document has been put together using elements shared by the representative of the ODA at this meeting, Armand Rioust de Largenaye. The analyses and conclusions drawn here remain, nevertheless, the responsibility of their author and in no way take on the official point of view of the French Development Agency or its partner institutions.