PAC 109 – Oceans, Menaced Public Goods The Banning of Pulse Trawling in Europe in an Institutional Impasse 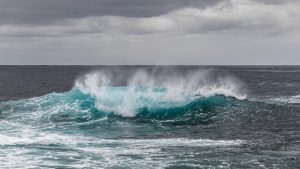 On January 30, 2014, the fishing fleet of the French group Intermarché – la Scapêche – committed itself to no longer plunge its nets beyond 800 meters depth. Moreover, protection associations of marine diversity have access to data of Scapêche’s nine large trawling boats which fish in deep water. Intermarché amplifies the wave of private initiatives launched by large logos of the French distribution such as Casino, Auchan or Carrefour. Paradoxically, this commitment in favor of the conservation of deep-sea life takes place after Scapêche celebrated the European Parliament’s rejection on December 10, 2013, of a proposed law formulated beginning in July 2012, which aimed to ban bottom trawling. Defeated on the European front, environmental NGOs have nevertheless been able to force certain leaders to regulate their activities to prevent the destruction of the seabed. Sensitizing consumers to the environmental stakes, however, has become as important to NGOs as lobbying with European institutions.

The conservation of the halieutic resource makes sense within the framework of the CFP (Common Fisheries Policy). In the 1970s, the first European regulations adopted on this topic did not attribute an ecological function to the CFP. In fact, they primarily concerned the creation of a sectorial organization, modeled on the CAP (Common Agricultural Policy), the financing of the modernization of production tools and the mutualization of national maritime spaces. While the exhaustion of fish reserves has attracted much attention since the 1960s, the CFP did not speak to the subject until 1938 in a text that has barely been altered since. Country by country, the dated texted fixes quotas of capture and imposes technical fishing norms on mesh size, the size of the catch or the motorization of ships.

The current debate on the ban on deep see fishing and the techniques associated with it does not, however, appear unprecedented. In a political context marked by the opening of European institutions to civil society, exchanges had resulted in 1998 in the ban of the usage of driftnets. The European Union aligned itself with the UN’s resolution carrying out Greenpeace’s international campaign in favor of dolphin protection. On the same occasion, private initiatives anticipating European legislation had emerged. Recall as an example, that Unilever had proposed to the WWF (World Wildlife Foundation) in 1997 – that is to say one year before the ban on driftnets took effect – the creation of a Marine Stewardship Council or MSC. But charged with delivering eco-labels, this authority has supposedly entered into direct competition with the European Commission that delivered the same labels. Today the eco-label that it will develop, MSC, monopolizes the market of ecological certification of fishing and paralyzes the European Union’s initiatives in this sector. From now on, the existing state of the balance of power within the European system obliges green NGOs campaigning for the ban on deep sea trawling, to guide their strategies primarily towards private governance of oceans.

1. The existence of an epistemic community. The expertise of green NGOs, recognized by the European Commission, expedites their lobbying and the placing on the agenda of their political propositions.
2. The privatization of policy. The regulation of bottom trawling takes the form of informal contracts between NGOs and producers/distributors of deep-sea fish in order to relieve the European governance deficit in the matter.

The representation of environmental interests within the European Commission coincides with the creation of a branch dedicated to the environment (1973) and with progress of European law in this domain (Single European Act, 1986). The elevated cost of lobbying in Brussels has permitted the structuring of two types of networks. On the one hand, federative groups which bring together multiple national environmental associations working on common themes. In the framework of the fight against deep sea trawling, more than seventy of them are thus regrouped within the Deep Sea Conservation Coalition. On the other hand, since 1991, Green 10 coordinates the activity of lobbying of the 10 largest European and international NGOs (WWF, Greenpeace, Friends of the Earth, Birdlife International, etc.). From now on, consider them to be simple “non governmental organizations” (Nielson 1) that risk obscuring the “epistemic community” (Haas) that they represent for the European Commission. Responding to the need to better understand the current transformations of public action (internationalization and transnationalization) in general and the influence of environmental groups on public policy in particular, the concept of epistemic community is perfectly suited to the analysis of canals by which new ideas have been able to circulate from NGOs towards the current commissariat of Maritime Affairs and Fisheries. Amongst these organizations, the French association Bloom illustrates the manner in which private scientific production can gain recognition from the European Commission and gain legitimacy from placing political propositions on the agenda. The efficiency of its contribution indeed resides in the multidimensional critique of deep sea fishing, considered from the angle of sustainable development. Bloom has shown that: 1) This activity was not profitable and depended – notably in the French case – on subsidies given by States. 2) Employment in the fishing sector is only concerned for a fraction because only 2% of ships operating in the Northeast Atlantic remain stakeholders. 3) This fishing technique, considered “the most destructive in history”, drains ecosystems while it ultimately only catches three targeted fish species – roundnose grenadier, black saber and blue ling – and tosses hundreds of dead fish overboard.

The field of European lobbying is proving to be deeply asymmetrical. These NGOs take action in a terrain dominated by economic interest groups that dispose of considerable means including the ability to produce rival expertise. Yet, the majority of European parliamentarians and States targeted by the deep see trawling ban (France, Spain, Great Britain, Portugal) rallied to industrialization of fishing. Consequently, in the institutional impasse, ocean-defending NGOs have reinforced their investments to force the offer to conform oneself to a consumption ethic. The diffusion of best practices in the matter passes by the vulgarization of their knowledge. In this logic, Bloom organized a filmed conference, popularizing a cartoon (Pénélope Bagieu) and also established the ranking of the primary French supermarkets, Intermarché being awarded the dunce cap. Faced with the success of this strategy of show and shame, which reveals the strength of advertising, the big logos have had to negotiate with NGOs in order to recover their credibility. These NGOs have then symbolically paid back the voluntary commitments in favor of the protection of marine biodiversity. WWF, for example, published an article on its official site entitled “NGOs salute the engagement of Intermarché’s fleet”. This strategy of increasing companies’ brand image as proof of societal responsibility (show and fame) seems to be an integral part of the repertory of action of these non-State actors. But the privatization of European governance of oceans, considered in a temporary manner, could very well last in an international context characterized by anomie. In other words, oceans appear more than ever to be menaced public goods.