PAC 76 – Mali, from Assistance to Engagement The Three Pitfalls of Asymmetric Conflict 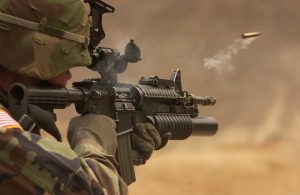 On 15 October 2012, the Security Council of the United Nations adopted Resolution 2071 presented at the request of the Malian authorities and with the support of France. Pressing countries in West Africa to develop modalities for military intervention in northern Mali, France is committed by its president to assist “materially and logistically” such an intervention. Three days earlier in Dakar, the French president had ruled out any possibility of negotiation with armed groups “that impose a law, Sharia, cut off hands and destroy monuments hitherto considered part of the heritage of the humanity!”

“Africa is the last continent that is still within reach of France, within its scope, the only continent where, with three hundred men, France can still change the course of history.” This quotation by Louis Guiringaud, former Foreign Minister of Valery Giscard d’Estaing (1974-1981), is as often used as the claim that “the time of the ‘France-Africa’ is gone” (François Hollande, Dakar speech of 12 October 2012). As all his predecessors, François Hollande feels compelled to stress, at the beginning of his mandate, his determination to end postcolonial practices. As François Mitterrand, who dismissed late 1982 the Minister for Cooperation initially entrusted with implementing this rupture (Jean-Pierre Cot), François Hollande classically begins his mandate by laying the foundations of a new relationship, but without changing the fundamental objective of ensuring the continuity of the French presence in Africa. As with François Mitterrand, the “will to renew (the) partnership between France and Africa” (Dakar speech of 12 October 2012) is consistent with the assurance that “France would not be quite herself in the eyes of the world if she renounced to be present in Africa “(Mitterrand, XVIII Conference of Heads of State of Africa and France, November 8, 1994). This presence in Africa has certainly changed shape and the times of secret defense agreements are over. However, France still believes it guarantee the security of States within her backyard and there is not a single President of the Fifth Republic who hasn’t been associated with two or three armed interventions in the former territories of the French Union. Note however that François Hollande is quicker than any of his predecessors to authorize an intervention on African soil. Valery Giscard d’Estaing had indeed launched Operation Lamentin in Mauritania in 1977, three years after coming to power. As for François Mitterrand, he had intervened for the first time in Chad, more than two years after his coming into the Elysée (Operation Manta, August 1983). For his part, Jacques Chirac had authorized the operation Aramis in Cameroon in February 1996, nine months after his election. Finally, Nicolas Sarkozy decided to intervene in the battle of N’Djamena in February 2008 (also nine months after his election) as much to support the regime of Idriss Déby as to organize the evacuation of European nationals in the Chadian capital.

Although it is today out of the question that French soldiers would participate in this operation, one wonders how support and logistics would be provided? The question remains whether it is possible to design a war that would remain limited for France while its opponents will inevitably fight a total war. In other words, is the Clausewitzian approach of the ‘total war’ out-dated? The questioning of the Clausewitzian war has not appeared in the post-Cold War. To be sure, the debates of the 60s and 70s on the impact of nuclear power took place at a time when the Malenkov doctrine excluded the possibility of a resort to war between the possessors of nuclear weapons. Already at that time, one could ask whether the conceptual risks of “escalation to extremes” did not render obsolete the Clausewitzian framework whereas the only possible war should be pushed back to the periphery of the central strategic system. The massive literature which since 1990 has taken up this theme must thus, in spite of its interest, be addressed while keeping in mind the recurrent nature of this questioning.

In 1991, The Transformation of War, by Martin Van Creveld was published. For the Israeli historian, the Clausewitzian trinity (people, army, government) had ceased to function, but Western armies still wanted to see their opponents in their own image (mirror image) which condemned them to consider these as savages. Going even further in distancing himself from Clausewitzian analysis, John Keegan considered in 1993, in his History of Warfare, that man is not a reasonable political animal since war reveals above all his instincts. In a more socio-economic perspective, Mary Kaldor analyzed in 1999 the new wars (New and Old War, 1999) in terms of a triple rupture. First, their purpose is to ensure political mobilization on the basis of identities. Second, terror and massive violation of human rights replace conventional tactics. Finally, actors are occurring simultaneously at different levels, global and local, public and private, and they interact across the whole world. The success of reprints (in 2005 in the United States and in 2008 in France) of Galula, the French theorist of counter-insurgency fits into this whole questioning of Clausewitzian analyses, counter-insurgency aiming to ensure victory by winning the “the hearts and the minds”, while being measured in the use of force.

The current challenge against counter-insurgency – which will inevitably lead to the planned abandonment of the concept of “asymmetric warfare” – is explained by the three pitfalls concealed in the related concept of “limited war”.

First, war is a test of will. The two parties involved in this type of conflict are not stirred by the same desire to win. Paradoxically, the asymmetry of means favors the weakest party that benefits from the asymmetry of wills. Threatened of losing everything, the weakest is engaged in a “total war” whereas the strongest reasons in terms of “limited war”. However, “it is the opponent who makes the law of the other” (Clausewitz), it therefore follows that the strongest – who fears above all the escalation to extremes – will be reluctant to comply with this immutable rule of war that determines a winner and a loser.

This reluctance thus precipitates the second pitfall theorized by Mao: “the certainty of success by strong states pushes them towards escalation to achieve their objectives at the risk of cutting themselves loose of populations or of appearing as incompetent.” Since the weakest dictates his law to the strongest, the latter is inevitably drawn into a war that he is not capable of winning. For regular armies, violence must in effect be governed by jus in bello. In contrast, irregular forces are wasteful of their own soldiers and use their civilian population as a shield. They take it for instance as hostage in order to force the opponent to make mistakes. As they can accept reckless losses, rebel forces condemn their opponents to be on the defensive, which is, at best, a means not to lose, but which provides little assurance of victory. Finally, the war aims of the forces involved are not identical. As Raymond Aron noted, the strongest “has the will to win, and the rebel party not to let himself be eliminated or exterminated […] The rebels simply need not to loose militarily to gain politically”. Therefore, a war of attrition begins, which rarely turns to the advantage of regular armies when, weary of expeditions as distant as costly, public opinion imposes withdrawal without glory or victory.

As the author of On War noted, “one would not introduce a moderating principle in the philosophy of war itself without committing an absurdity.” The authors of “current horrors” (Dakar speech of 12 October 2012) and other rebels, insurgents and terrorists, pirates and anti-socials (names borrowed from the colonial vocabulary) will have at heart to prove either the inhumanity, or the irresolution of their opponents. Between these two evils, we can today choose only the second (the absurdity of Clausewitz), which bodes ill for the commitment in preparation.