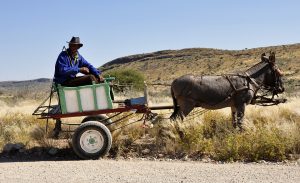 Meetings dedicated to food security multiplied at the beginning of 2012, while studies reporting the assessment of land transactions show that between 2000 and 2010, on 200 million hectares of monopolized land, three-quarters were intended for biofuels and not for food security (Cirad, IIED, ILC,2012). Cornering of land in developing countries, in Africa and South America in particular, are therefore the object of increasing anxiety, while in a context of high agricultural and food prices, food security is threatened. Generally, these misconceived and nontransparent transactions lead to violent controversies, in particular between NGOs, international organizations, political decision-makers, peasant organizations and researchers. In Madagascar, for example, these deals played a decisive role in Marc Ravelomanana’s departure following the planned contract with the Korean firm Daewo.

In the Southern countries, over a period of about thirty years, we observed a low rate of agricultural investment and a downward trend of public aid in agriculture. Yet, the turning point of the 21st century is marked by an inversion of this trend. Large-scale international land acquisitions, like those of China, are multiplying in the Southern countries especially in Africa. Indeed, this continent is not only coveted for its under-ground resources (mines, hydrocarbons), but also for the wealth of its lands. In this respect, we can talk about a global game of Monopoly to acquire land. However, there are numerous unknown factors in the effective realization of these projects, compared to publicized announcements.

1. The fast growth of transactions. In a global context of rising agricultural prices, strong instabilities in financial markets and anticipation of an increase in organic-food consumption, land transactions under the forms of purchases or long-term rents (long leases) are quickly growing.
2. The emergence of a new neocolonialism. Do China’s land investments respond to a strategy of development aid as stated by authorities and several international organizations; do they create real opportunities, or are they rather a form of neocolonialism denounced by numerous NGOs?

First off, land cornering aims to produce biofuels. It also corresponds to anticipations in terms of food security or changes in the modes of consumption. Finally, they represent security investments. This results from three types of investors: 1) states deficit in lands and strong food importers, possessing strong financing capacities. 2) big food-processing groups but also industrialists, who most often testify to the logic of integrating the upstream in the downstream and/ or contractual farming for foodstuffs. 3) investors and banks considering land as securities investments.

The sellers and renters are countries with weak financial means but apparently have available land. This is the case in Africa where, since 2004, states have rented or sold more than 2.5 million hectares. Benefiting from more than 80 % of non-cultivated farmland1 this continent thus became the object of greed by investors in search of food and/or energy security. Also, Africa has seen a multiplication of bio-industrial and security investments.

China invests all over the world in the farming sector. Globally, it possess 2.1 of 2.8 million hectares in South America, Africa, South-East Asia (300,000 of 400,000 hectares – rice, wood), in Australia, in Russia and in Kazakhstan (87,400 hectares). Appropriation of lands movements in Africa emanate from: 1) government corporations (such as the China State Farm Agribusiness in Gabon, Ghana, Guinea, Tanzania, Togo or Zambia). 2) regions with a measure of autonomy (for example the Shanxi Province Agribusiness Group). 3) from individual initiatives.

Several types of profits are expected, such as the influx of investment which would compensate for the reduction in Public Development Aid, technology and skill contributions, improvements in yields and productivity, food safety, or moreover, obtaining currencies (as in the case of biofuels). In fact, Chinese seeds can multiply the yields by two. On the other hand, other effects are more problematic. For example, Chinese installation in Mozambique’s big farms, planned exports, before the fall of Gaddafi, rice for the Chinese in Libya via the Malybia project or the biofuel project for 2 million hectares in Zambia and palm oil in the Democratic Republic of the Congo. The main risks are: 1) land conflicts as vulnerable communities, among which 80 % are without title deeds, risk to lose their land rights. 2) lack of transparency of contracts. 3) infringement on food security and sovereignty. 4) negative environmental effects, connected in particular to hybrid rice, GMOs, and control of seeds.

On the contrary, seizing opportunities connected to land transactions implies that various actors are stakeholders in the contracts, that the farmers’ property rights are protected and that family farms benefit, thanks to subcontracts, infrastructure arrangements, input location and credit, the appropriate externalities for big operations.

1. 1.5 billion of 2.7 billion hectares of arable land are cultivated in the world, that is 55 %. Approximately only 190 million hectares of farmland on the African continent are exploited, which is a fifth of the total potential (source Agrimonde, FAO).