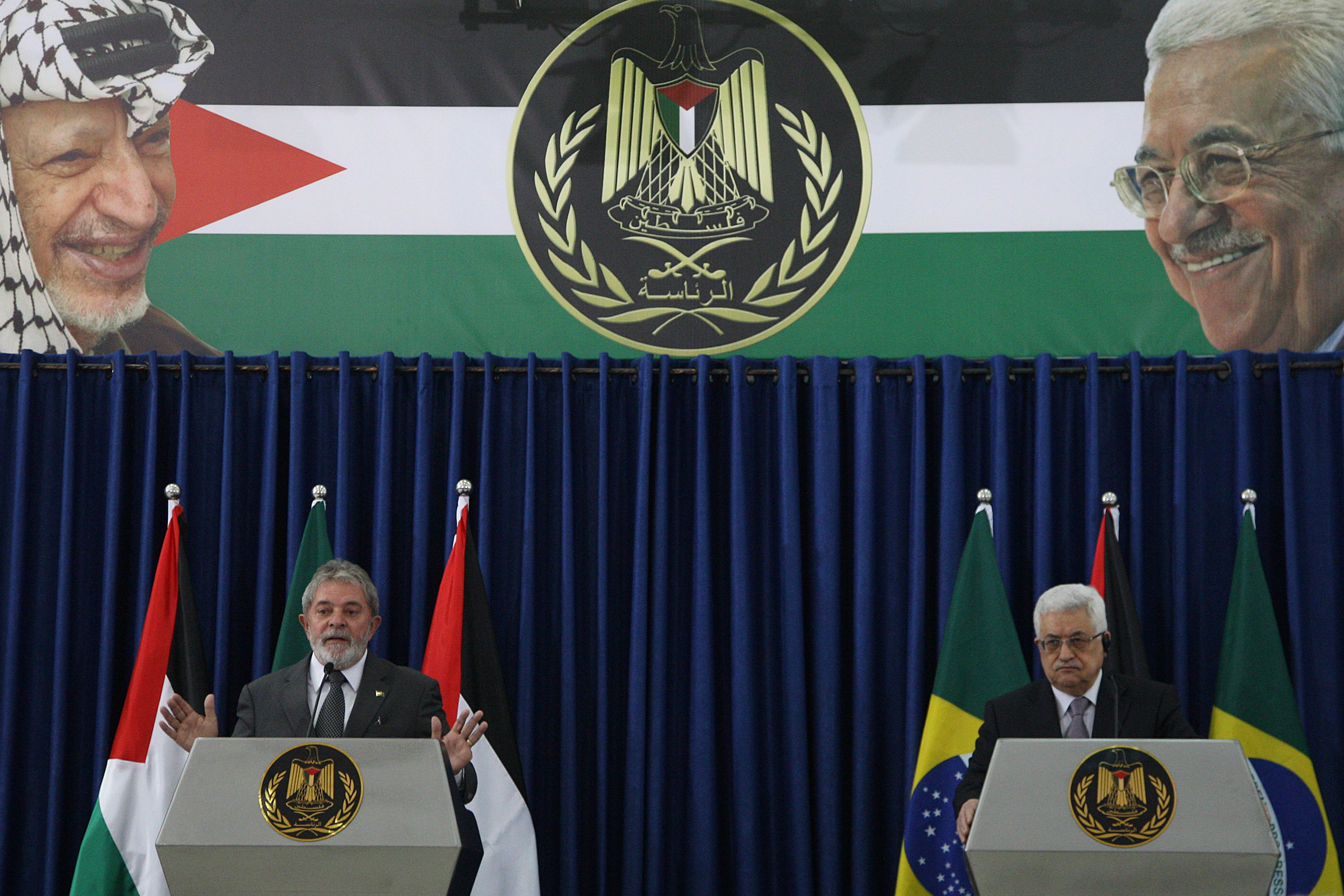 On 29 November 2012, Palestine became a non-State member of the UN, thus benefiting from the same status as the Vatican. 138 states voted in favor of its candidacy, allowing it to move from the status of “entity” to that of “Non-member State” and thus finalize the formal request by Palestinian President Mahmoud Abbas from the rostrum of the United Nations on September 24, 2011.

41 States chose to abstain, while 9 countries voted against. These include the United States, Israel, the Czech Republic, Canada and five micro-States: Marshall Islands, Micronesia, the Republics of Nauru, Palau and Panama.

Symbolically, this vote took place sixty-five years to the day after the adoption of the partition plan of Palestine. Indeed, on 29 November 1947, the UN voted for this text establishing a “Jewish state” and an “Arab State” and conferring international status to Jerusalem. The British mandate, which had begun in 1920, thus ended in 1948. But that year is also marked by the creation of the State of Israel (May 14) and the outbreak of the first Arab-Israeli conflict. After the Six-Day War (5-10 June 1967) – which brought head to head Israel and Egypt, Jordan and Syria -, Israel conquered the West Bank and Gaza. The Jewish state also took the Old City of Jerusalem which then became its capital, but many states did not recognize this latest initiative. The UN then passed, on 22 November 1967, the famous resolution 242. Reaffirming “the inadmissibility of the acquisition of territories by war and the necessity to work for a just and lasting peace enabling every State in the area to live in security”, this Resolution certainly realized a clever compromise between differing claims, but its inherent ambiguities would not facilitate the elaboration of a future settlement. In October 1973 (6-24 October), Israel won the Yom Kippur War, also called the October War or the Arab-Israeli War that had brought it in confrontation with a coalition led by Egypt and Syria. More generally, one of the consequences of this conflict was the oil crisis of 1973, when in retaliation to Israel’s allies, the OPEC (Organization of Petroleum Exporting Countries) decided to increase by 70% the price of the oil barrel, while reducing its production. In 1974, the PLO (Organization for the Liberation of Palestine) was admitted to the UN with observer status. Then, a few years later, the Palestinian National Council – the legislative body of the PLO – proclaimed in Algiers the independence of a State of Palestine on 15 November 1988, following the liberation of the West Bank area (which was occupied by Jordan since 1948). But this statement was not accompanied by any de facto independence although the United Nations considers as legitimate “Palestinian territories” the two areas located on either side of the State of Israel: the Gaza Strip in the West and the West Bank in the East. It was not until 13 September 1993, though, that Israel and the PLO recognized each other and signed the Oslo Interim Agreements. These aim to expand Palestinian autonomy in the West Bank and Gaza and to provide for a democratically elected Council that is to supersede the Israeli military and civilian authorities. These agreements also indicate that Israel will continue to control the external security and the protection of Israelis. However, their implementation has kept on proving difficult. The creation of a Palestinian state, under the Oslo Agreements, should have seen light in 1998 according to modalities jointly elaborated by the Israeli government and the Palestinian Authority but this did not happen. In addition, Israel went on building settlements, despite the disapproval of the European Union and of the United States. On 25 March 1999, the European Union spoke in favor of the Palestinians’ right to self-determination and statehood. On 9 January 2005, Mahmoud Abbas was elected president of the Palestinian Authority. On 12 September, all Israeli settlements in Gaza were dismantled and the last Israeli soldiers withdrew. Control of the entire territory of Gaza then returned to the police forces of the Palestinian Authority, while the president of the Palestinian Authority, Mahmoud Abbas, underlined he intended to bring forward the project of a Palestinian state. But on 12 and 14 June 2007, Hamas drove the PLO away from Gaza, challenging Abbas’ presidential power and more generally opposing the Fatah forces. In other words, against Israel, representatives of the Palestinian people appear completely divided: to Hamas, the Gaza Strip; and to the Palestinian Authority, the West Bank.

1. The absence of a European diplomacy. The EU Member-States have spoken in a disorderly manner on this crucial issue. In so doing, being so divided, they have demonstrated the absence of any European diplomacy as to an issue that is yet a major one for world peace.
2. The deadly spiral of coercive diplomacy. On the occasion of this issue, Israeli diplomacy has refused to incorporate the Palestinians’ wish for recognition. Exclusively defined in terms of strategy, such diplomacy neglects however, the symbolic dynamics this new status can launch.

If the Nobel Peace Prize awarded on December 10, 2012 to the European Union underlines well the ‘performative authority’ of the Nobel diplomacy, it however cruelly highlights the inconsistency of European diplomacy. In fact, for the European Union to finally become a global player, the path seems still long and difficult. On the occasion of this historic vote, did one not notice abstentions by the following EU Member-States: Germany, Hungary, Latvia, Lithuania, the Netherlands, Poland, Romania and the United Kingdom? Even though the Czech Republic decided to align onto the Israeli positions, France, Spain, Italy, Sweden and ten other European countries chose, for their part, to side with the Palestinians.

Faced with such scattered support towards Palestine on the one hand, and the unwavering support of the United States on the other hand, Israel could all the more easily carry out severe reprisals against Palestine as soon as the vote was adopted. The Jewish state in effect disclosed immediately a new construction project of colonies (3,000 new homes) in an area hitherto free of all occupation. This project thus undermined the very viability of the Palestinian state. In addition, the Israeli government – which is preparing new elections – decided to confiscate the income from taxes levied on goods imported in Palestine, taxes which Israel had until then collected on behalf of the Palestinian Authority and had always transferred back to the P.A. In fact, this decision comes down to economically asphyxiate an already very vulnerable territory. This economic and financial warfare reflects a diplomatic escalation mainly based on pure force, in brief on hard power. However, it is not certain that eventually this approach proves rationally relevant for Israel.

To be sure, this new status of Palestine in the United Nations will from now on enable Palestine, if necessary, to file a complaint against Israel to the ICC (International Criminal Court). Therefore, the Palestinians will be able to argue that an occupation must be seen as a “war crime”. Finally, they will also have the opportunity to seek full membership in the UN specialized agencies (WHO, FAO, etc.). But this is perhaps not the most important point. The most important point lies primarily in the symbolic potential released by this new status, which opens up and multiplies perspectives of reconfiguration of the Israeli-Palestinian conflict in a way where the Israeli hard power will soon show its limits.