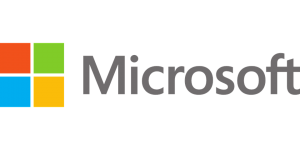 On February 4, 2014, Satya Nadella succeeds Steve Ballmer and thus becomes the third general manager of the American giant Microsoft. As for the group’s founder, Bill Gates, he is leaving his position as president of the board of directors stating that he wishes to devote more time to the company as a technical advisor. In all reality, observers were expecting an outsider to come on board in order to overhaul the company’s current strategies. Clearly, this internal nomination is evidence of the desire to go beyond the PC industry since S. Nadella had been directing the division known as Cloud and Enterprise until his recent promotion. This division has been the sole branch within the company posting positive growth. However, in recent years, the major weakness of Microsoft as dwelt precisely in its inability to surprise and in its slow decision-making.

In 1981, the firm IBM produced the first successful personal computer – IBM PC – selling millions of units. By choosing Microsoft and Intel and its operating system (DOS/Windows) and its microprocessor (Intel 8088), IBM furthermore contributed to the rapid growth of both companies. With respect to their products, Microsoft and Intel collectively control the structure of the PC. Since the 1980s, they have developed common strategies, simultaneously launching their new efforts. In so doing, the component manufacturers have no choice but to continuously increase their standards. According to this logic, the Wintel alliance has permitted the PC industry to be completely innovative all the while allowing Microsoft and Intel to maintain their monopoly. On the other hand, the component manufacturers must constantly lower their production costs due to competition. As a result, it is equally important that a PC running Windows software cost less than an Apple computer which keeps the entire chain of production. This in turn reinforces Microsoft’s dominance.

If Microsoft was able to make use of its software in the world market, the American government also played a significant role. In point of fact, at the beginning of the 1980s, Washington defended the protection of intellectual property, in a multilateral framework, as for example with the TRIPS Agreement (Agreement on Trade-Related Aspects of Intellectual Property Rights) finalized in 1994 in the framework of the WTO (World Trade Organization) or on a bilateral level with China in order to obtain more strict regulations in this matter.

Thanks to its dominant position, we shall recall that nine out of ten computers in the world today are still equipped with Windows – Microsoft grants colossal benefits assessed at nearly 27 billion dollars in 2013. But even so the company has lost its innovative image with the emergence of social networks which have put at end to its instant messenger service MSN. Moreover, its search engine Bing, in competition with Google, has proved to be a financial catastrophe (a cumulative 9 billion dollars lost between 2005 and 2011). For that matter, in the cloud computing division, it’s Amazon that until now has taken the upper hand. Ultimately, Google and Apple have succeeded in developing their own smartphone and tablet ecosystems, while Microsoft and Intel are struggling to penetrate this market.

1. The creative destruction of digital innovation. Created by Schumpeter, the concept of creative destruction designates a process of industrial change during which the creation of new economic activities brings about the disappearance of more obsolete activities in a given domain. According to the economist Schumpeter, several types of innovation can trigger this process, including the manufacturing of innovative products, previously unseen production or management methods, the opening of untapped markets, etc.
2. The control of the production structure. For two decades, the alliance between Microsoft and Intel has dominated the world PC market along with the norms and standards created jointly by the two groups. Yet, the structural power – concept dear to Susan Strange – exercised by the coalition Wintel on the digital component manufacturers is today largely weakened. Admittedly, the two firms are no longer capable of dictating their personal production rules to the rest of the world. This is even truer for Microsoft which has lost its reputation as an innovative leader following its series of failures.

Begun in the 1980s, the convergence of information technology and telecommunications has facilitated the arrival of smartphones and tablet computers, goods intended for the global market. If the PC industry continues to resist this digital wave, its stakeholders will have to innovate more and diversify their activities in order to slow down the decline of this sector which henceforth has become the traditional activity of the high-tech industry.

Undoubtedly, the first objective of S. Nadella’s nomination will be the reinforcement of the cloud-computing division. This will include a host of online information technology services dedicated to companies and public administrators. This new manager will then be able to realize the buyback of Nokia’s cellular division, a deal sealed by S. Ballmer in December 2013. However, it appears difficult to imagine that the combination of the two fallen stars of the high-tech world will be able to produce attractive smartphones. These tiny handhelds lie at the heart of our daily lives and have become so personal and intimate that we must also take into consideration the symbolic value that consumers give them. Moreover, in order to increase its share of the market, Microsoft will certainly not allow itself to produce low-end models. Thus, with a price deemed too high, the tablet that Microsoft created in 2012 – the Surface – does not seem to have been met with definite success. Ultimately, the delay that it endured with Intel in its smartphone and tablet industry hindered Microsoft from taking initiative.

Additionally, the Windows 8 operating system on the market since October 2012, has elicited neither enthusiasm nor replacement of computing hardware. This new phenomenon has disappointed its manufacturers. Acer’s manager was even quoted as saying, “The Wintel era is over” because some manufacturers now prefer to collaborate with other Internet giants like Amazon or Google. Case in point, Google has created products with Asian firms, formerly faithful allies of Microsoft: here we can name the assortment of portable PCs known as Chromebook developed by the Korean Samsung and the Taiwanese Acer, or else the series of Nexus smartphones created with the Korean LG and the Taiwanese Asus.

At any rate, even if Microsoft has lost its reputation as an innovator as well as its structural power in the information technology sector, it should be noted that the other American Internet giants continue to insure that the United States will maintain its global supremacy. Until now, only Google, Apple, Amazon and Facebook have been able to create their own ecosystems based on new technologies and have shown themselves capable of moving closer to manufacturers from around the world.