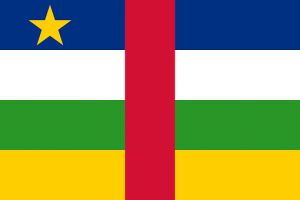 On December 5, 2013, under Chapter VII of the charter, the United Nations Security Council unanimously voted for a resolution authorizing French intervention in the Central African Republic in order to reestablish order, secure the roads, permit humanitarian access and facilitate the return of civilian populations to their villages. Besides that, the text formalizes the presence of the MISCA (French abbreviation for African-led International Support Mission to the Central African Republic) already present with 2,500 men on site. The number should quickly grow to 3,600. The mandate provides the possibility to send between 6,000 and 9,000 UN peacekeepers for a period of 12 months. The stated objective consists of eventually restoring constitutional order and permitting elections before February 2015. This finality naturally implies the disarmament, control, stationing and dismantling of the armed troops beforehand.

Following the operation Serval, undertaken last year in Mali, France finds itself on the frontline and in the position of watchdog of Africa with the operation Sangaris, which will take its numbers from 400 to 1,200 men.

With a territory equaling that of France, but populated by less than 5 million inhabitants, the Central African Republic has been amongst the poorest countries in the world since its independence. Besides being constantly ravaged by crises and coups d’Etat. Recalling that indeed out of 8 successive heads of State, only Patassé has come to power by election, in 1993. The failure of the State has facilitated the rise in power of ethno-regional referents that have taken the place of the construction of a national will to live. The richness of the subsoil (diamond, uranium, oil, gold) and of the soil (cotton, wood) fuel smuggling via porous borders and make up – notably by diamonds – the financial wherewithal of various rebel groups.

The Seleka formed in 2012. From the North and essentially composed of Muslims, it presents itself as a coalition of several political parties and rebel forces, opposed to the president François Bozizé. Last December, the Seleka came as far South as Bangui and participated in the Libreville accords in January 2013. On March 23, 2013, François Bozizé was driven from power by the Seleka and by Michel Djotodia, one of the rebel leaders who proceed to self-proclaim himself Head of State on March 25, all the while maintaining the Prime Minister, Nicolas Tiangaye, in place. Only South Africa supported the then President Bozizé. On the other hand, Chad and Sudan supported the rise to power of Djotodia. As for France, it considered that the conflict revealed the domestic policy of the Central African Republic, and yet should not intervene, except to protect the 1,500 French citizens, to ensure the security of Bangui and to control the airport, vital the country’s economy.

Since the armed seizing of power, not only has half of the population found itself in deep alimentary insecurity, but one also counts more than 400,000 displaced persons and 70,000 refugees. In addition, one observes numerous violations of the human rights such as the recruitment of child-soldiers, as well as rape and murder. The confrontations have taken an ethno regional and religious dimension, despite the pacifying role played by different religious leaders. And thus, as an example, the acts of violence committed by rebels of the former Seleka have driven to the creation of Christian groups of auto-defense (anti-balaka). According the French Minister of Foreign Affairs, Laurent Fabius, all the elements of a civil war, even genocide, are allegedly present. The International Crisis Group already mentioned all sources of concern in the report from June 2013.

1. A failed, outdated State overrun by infra-State forces. Eight deeply unstable countries surround this landlocked State, the Central African Republic. The conflicts that it is currently experiencing refer to criminality, extreme poverty and marginalization of northern populations. The rivalries between infra-State groups aim to control resources such as cotton and wood, but even more so diamonds, uranium, oil and gold.
2. The incapacity of regional forces. Facing the total failure of the Central African State, incapable to ensure sovereign functions, the African forces appear to be poorly equipped, poorly trained and little mobilized. As a result, they find themselves completely unable to safeguard order and to avoid chaos. With Europe’s absence, and taking into account the American retreat from the same zone, the former colonial power, France, is obliged to intervene in terms of maintaining order, all the while without supporting the regime in place.

The failure of the Central African State, the criminality and the extreme poverty of the population are directly linked to the stakes represented by natural resources, notably diamond, which is extracted by 80 up to 100,000 miners. This precious stone, which is controlled by political and militia forces, is the object of significant trafficked contraband, facilitated by the porous borders. The Central African Republic also illustrates the regional dimension of African conflicts. Covering a territory of more than 6,000,000 uncontrolled km2, one remarks the consequences of the Darfur and South Sudan conflicts, giving sanctuary in Chad to the opponents and the presence of the Lord’s Resistance Army of Konny from Uganda. One also observes the impact of litigation particular to the RDC. According to the International Crisis Group, there might also be an infiltration of members of Boko Haram from Nigeria.

Otherwise the Central African Republic reveals the weakness of regional African armies (logistic, financial, involvement, clarify of mandate). As all conflicts contain a regional dimension, one localized event can rapidly engulf an entire region. One therefore understands how much all of these obstacles ban the establishment of a Pax Africana.

This country highlights the contradictions in which France finds itself, obliged to intervene despite itself, all the while being confronted by the difficulties of bringing about durable peace and permitting African actors to build lasting security. Certainly, the French State is intervening with the support of the United Nations Security Council. Certainly, it exercises sovereign functions – providing money, an army – and therefore fills in for certain feeble States, which were formerly its own colonies. But the costs of such engagement appears very high, even while its economic interests are from now on essentially located in English-speaking or even Portuguese-speaking countries. Ultimately, the current situation in the Central African Republic underlines once again the absence of Europe, even if it participates in the financing of the operations. And so Paris finds itself isolated once more faced with a Europe that declares its attachment to the human rights, all the while restraining from implicating itself in what it often considers the “African quagmire”.