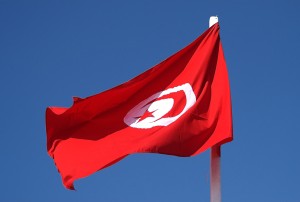 September 14, 2016, was held the second meeting of the EU-Tunisia Joint Parliamentary Committee. At the end of the meeting, a non-binding resolution was adopted, advising European institutions to set up a « Marshall Plan ». Such devices intended to support the Tunisian transition as well as the conversion of the European debt in investments programs.
> Historical background
> Theoretical framework
> Analysis
> References

Historical background
Five years after the overthrow of Zine el Abidine Ben Ali, several evolutions marked the Tunisian political scene, such as the adoption of a new constitution on January 26, 2014. This constitution establishes the freedom of speech and opinion, the freedom of conscience, the principle of equal rights for women and men and the principle of parity within representative assemblies. These improvements have been acknowledged on October 9, 2015 with the Nobel Peace Prize attributed to a quartet that included the UGTT (General Tunisian Labour Union), the employers’ federation UTICA (Tunisian Union of Industry, Trade and Handicrafts), the LTDH (Tunisian Human Rights League) and the ONA (National Association of Lawyers). It should be pointed out that this group has been developing for more than two years a « national dialogue ». To such extent that the EU (European Union) has expressed its will to enhance its partnership with the Tunisian Republic by focusing on the essential role played by civil society in the building of the democratic process.
Negotiations between Tunisia and the EU have been resumed on October 15 2015, with a view to concluding a DCFTA (Deep and Comprehensive Free Trade Agreement) broadening the free trade zone already set up in 1995 for industrial products. This text has prompted the Tunisian State to the status of « privileged partner » and advocates for deeper economic integration within the European zone. It should be reminded that these talks have been part of the Euro-Mediterranean Barcelona process launched in 1995. This process has introduced the « EUROMED partnership » concept, based on three priorities: policy, economy and security. Following this initiative, the French President François Hollande has announced on January 22, 2016 that « France would implement a 1 billion euro plan over the next five years ».
However, this Maghreb State is still facing tremendous political, economic and security challenges. The political assassinations and terrorist attacks of the last months have led the EU to reaffirm its support. After the Bardo attack of March 18, 2015, the European institution has expressed its solidarity and underlined that the « security of this neighboring country and of the European countries were connected ». This declaration follows the signature, on November 4, 2015 of an agreement concluded between the EU Ambassador Laura Baeza and the Ministers of Development and Home Affairs, Yassine Brahim and Nejem Gharsalli over a 23 million euro loan. This amount is dedicated to reforming the security sector focusing on border protection and combat against radicalisation. Moreover, economic measures have been discussed, such as an increase in quotas of olive oil destined to the European market. The European Commission has adopted these proposals in September in order to « protect the Tunisian economy in the aftermath of the recent terrorist attacks ». As such, supporting the sector on which more than one million Tunisians rely on, has been advertised as a « tangible effort to boost employment » and as an « essential economic advantage in the short term ».

Theoretical framework
1. A unilateral control over the negotiations. The terrorist attacks that struck Tunisia in 2015 have reinforced the EU’s initiatives in the matter of security. These arrangements are proposed within the frame of a « privileged partnership » which would include, in the long term, all sectors of the Tunisian economy. However, opening markets to competition raises concerns on the serious imbalance which would mainly profit Western traders, and this has already led Tunisian organisations to mobilise against the talks.

2. The structural resistance of civil society. James Rosenau has demonstrated that foreign politics are no longer exclusive to national authorities. Governments have now to deal with sovereignty free actors. In fact, these actors challenge what they consider as a bad management of public funds that have indeed not led to clear socioeconomic improvements.

Analysis
It should be noted that in Tunisia, the push for further cooperation remains controversial amongst civil society and the media, as they keep pointing out a concealed form of cronyism. These groups support the view that such agreement would extensively influence political orientations in terms of diplomacy and economy. Moreover, they consider that its immediate impacts are questionable. In this line, political opposition has exposed DCFTA as a blatantly commercial and financial agreement and warned of the serious imbalance between European and national traders, considering free trade mostly profitable to Europe and especially to France, Germany and Italy. Dissenters also note the absence of a clear support to the modernisation of the Tunisian economy, to build a competitive production apparatus for the industry, agriculture and tertiary sector. In these conditions, opening the markets would be hardly profitable to Tunis.
Furthermore, these dissensions might be fuelling global turmoil. As they asked for a standstill on the talks in June 2015, fifteen organisations – including the UGTT, the FTDES (Tunisian Forum for Human Rights) and the LTDH – have expressed their concerns through a public declaration. Finally, the Tunisian youth challenges ongoing neo-paternalism.
Several economists and press organisations have broadcasted this view to delay the negotiation process, quoting the Moroccan situation where the DCFTA is limited to impact assessments carried out by the Ministry of Commerce. These actors have access to specific data granting them the use of the knowledge structure – as described by Susan Strange – to prioritize the objectives featuring on the political agenda. As the EU gives credit to these sovereignty free actors, considered as the State’s key counterparts, the discussions might be subject to delay or even momentarily brought to a halt, as it happened in 2014.