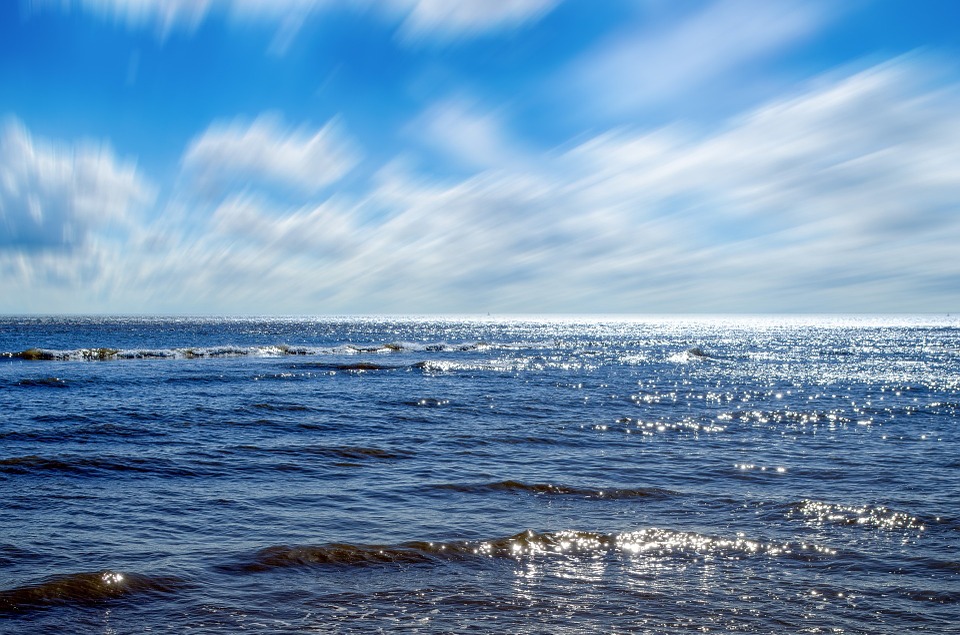 From November 30 to December 11, 2015, the 21st Convention of the Parties to the United Nations Framework Convention on Climate Change (COP 21). Following intense talks, the negotiators compromised on a 40 pages agreement, aiming to restrict the global warming to 2 degrees Celsius. Presented as the major missing issues of this Summit, oceans were finally taken into account but only with limited scope. As such, the preamble of the appendix details that, « Parties to this Agreement […] note that it is important to maintain the integrity of all ecosystems, including oceans ».

Historical background
Signed in 1992 at the Earth Summit in Rio, the UNFCCC counts 196 members today. Every member state recognises the existence of a climate change caused by human activity, and commits to reducing their greenhouse gas emissions (GHG). Enforced in 1994, the agreement plans that a conference of the Parties (COP) should be held to evaluate the policies carried out in this regard and negotiate new dispositions.
In 1997, the COP3 resulted in the signature of the Kyoto Protocol, assigning to « the developing countries and transitional economies quantified targets regarding GHG emissions » (Aykut, 2015). But, the fact that the US did not ratify the accord, added to a patent lack of results triggered a deep crisis that peaked in Copenhagen in 2009. After two years of discussions, member states could not agree on the next treaty bound to take effect in 2020, ending the summit in failure. Postponing the deadline to 2015, the Paris talks thus appeared as the « last chance summit ». The role of the Intergovernmental Panel on Climate Change in allowing the climate issues to reach political agenda must be here underlined. Founded in 1998, the IPCC « assesses the current state of scientific, technical and socio-economical knowledge on climate change, their causes, potential impact and response strategies ». Since its creation, the IPCC has published five reports (1990, 1995, 2001, 2007 and 2013-2014), each one delivered with a synthetic guidance note addressed to policymakers, elaborated by the Subsidiary Body for Scientific and Technical Advice (SBSTA). In their last report, experts alerted on the impacts of climate change on oceans. Besides the risks induced by the rise of sea-level, scientists evidenced the issues of the oceans acidification and global warming of the seas, due to the absorption of up to 30% of the human-related carbon dioxide emissions released in the atmosphere. In fact, these brutal bio-geo-chemical transformations impact the marine system overall and is has been already jeopardising many species.

Theoretical framework
1. The scientific legitimisation of an environmental cause. IPCC most recently published scientific conclusions contributed in establishing the legitimacy of this environmental cause. This tends to demonstrate how the knowledge structure (Strange, 1994) plays a major role in shaping issues and allowing them to access political agenda.
2. Pooling hybrid resources. In spite of IPCC alerts, oceans issues were not inscribed on the COP21 agenda. As a response, many representatives from the civil society, scientific world, public and private sectors gathered in the Ocean & Climate Platform (OCP), and organised the Ocean for Climate Days from December 2 to 6, off Le Bourget Talks.

Analysis
It should be underlined that this subject did not appear all of a sudden on the climate change global agenda. In fact, previous IPCC reports stated the alarming state of the risks induced by the rise of the sea level. Nevertheless, their last assessment revealed new emergency issues. Indeed, this rationalisation worked for the legitimisation of the topic while encouraging initiatives focusing on marine preservation. As such, the Global Ocean Commission had been launched in February 2013, London. Composed of key political figures such as former foreign affairs minister David Miliband or Costa Rica President José Manuel Figueres, the GOC published in June 2014 a report entitled From Decline to Restoration. This emergency plan for world oceans is prescriptive and addressed to political leaders. The TARA Expedition research project stands out as well and has been published in the prestigious American Science review in May 2015. This work has for instance evidenced the consequences of global warming on plankton, microorganisms at the base of all the sea life chain. American Secretary of State John Kerry has also created the Annual Our Ocean Conference in 2014. The second edition took place in Valparaiso, Chile, in September 2015, and has been marked by several official announcements regarding the creation of important marine preservation areas, such as the one located around Easter Island. Eventually, on the eve of the COP21 grand opening, eleven countries signed the Because the Ocean Appeal launched by the Chilean and French Government, the Prince Albert II of Monaco Foundation, the Global Ocean Commission, the Institute for Sustainable Development and International Relations (IDDRI) and TARA Expeditions. This declaration notably claims “1) the publication of a special IPCC Ocean Report, 2) The respect of the Sustainable Development Objective n°14 regarding the ocean and marine resources 3) The creation of an ‘Ocean task force’ placed under the aegis of the UNFCCC”.
This renewed interest was not enough to list the topic on the Parisian Summit programme. This is why an international coalition of representatives from the civil society, scientific world and public and private sectors joined their resources in the Climate & Ocean Platform. Created on June 10, 2014, with the support of the Intergovernmental Oceanographic Commission (IOC) of the Unesco, this institution seeks “better consideration of the ocean in the climate talks“. Besides the Ocean Appeal for Climate, an online petition developed under the aegis of the American oceanographer Sylvia Earle, the OCP also drafted nine recommendations based upon and completing those proposed by the GOC in 2014. Finally, the organisation of the Ocean for Climate Days in the Climate Space Generation in Le Bourget provided entry points to the Blue Zone and furthered the talks with parties to the negotiation process. However, these initiatives do not dim the fact that eventually, COP21 only marginally considered oceans issues, a surprising fact in regard of the widespread, acknowledged and alarming scientific data.