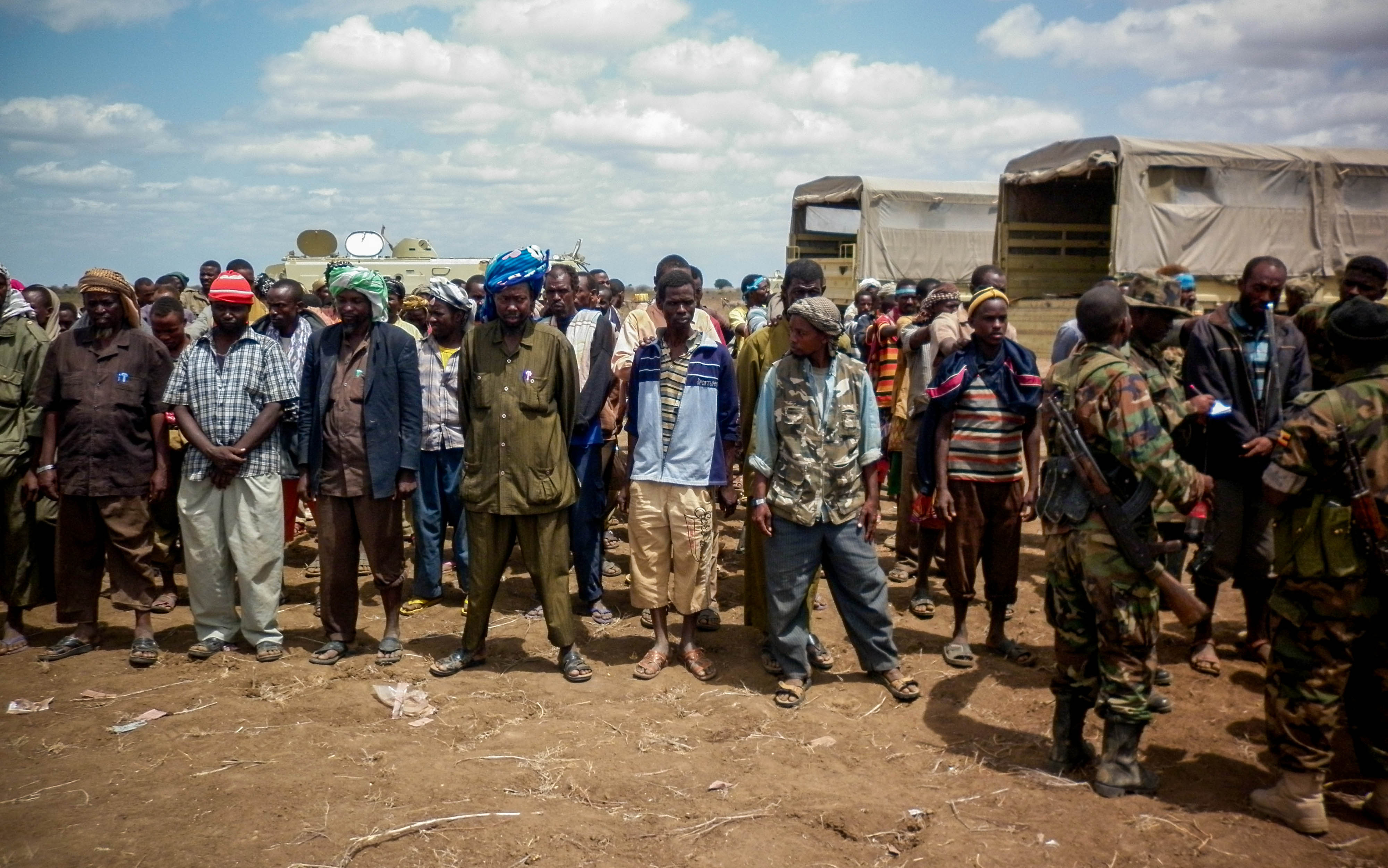 On March 23, 2015, Al-Shabaab (“the youth” in Arabic) attacked Garissa University in Kenya, leaving more than 150 dead. These actions, targeting Christian students, were committed in an extremely violent manner in a symbolic place known for dispensing knowledge. They occurred one month after Al-Shabaab pledged its allegiance to Al-Qaida and threatened shopping centers of western origin. Let us recall that in three years, Kenya has seen three murderous attacks including the attack at the Westgate Mall in 2013. Similarly, the Ugandan capital Kampala was attacked in July 2011. As for Ethiopia, it remains under strong threat.
> Historical background
> Theoretical framework
> Analysis
> References

Historical background
With its more than 10 million inhabitants spread over 638,000 km2, Somalia has never been a state. Indeed, despite its independence in 1959, it continues to be organized into a system of clans and sub-clans. But this clan society does not appear anarchical as Somalis speak the same language – Somali – and form a homogenous ethnic group marked by its pastoral tradition. The Somali people maintain values of honor, hospitality and revenge. In this country where nearly 100% of the population remain devout followers of Islam, Islamic law coexists with tribal or clan law.
Today, however, we are seeing significant changes. Religion, which until now was a source of unity in Somalia, is bringing traditional Sufi Islam into conflict with Salafist Islam. In addition, a relative social disintegration results from the opposition between the younger and the older generations concerning code of conduct. The rise in power of the Shabaab harkens back to these determinant differences. For the past 35 years, Somalia has undergone a process of clan-based balkanization as well as socio-political chaos that has left more than 500,000 dead. Lead by a warlord, each clan is traditionally armed with a militia. The confrontations are due to disenchanted youth who have only been socialized within a context of violence.
Otherwise, several elements that have been harmful to the country are coming together and are causing further fragility. To that effect let us mention Islamic influences (Muslim Brotherhood, Salafists, the role of Eritrea), the effects of demographic pressure on rare resources or else the generalization of a parallel economy, which makes a host of illegal traffic possible. At the same time, this society finds itself drawn into globalization by dint of its diaspora. Information technology also leads to its global insertion, as does the taxation of NGOs or sea piracy with attacks on sailboats or freighters. Thus, let us recall that the tax on oil tankers (20,000 ships and 1/3 of the world’s tankers pass by the strait) made up 4,000 acts of piracy between 1900 and 2010 as reported by a census. Of course, the Atalante has successfully reduced that number since then, but it has never been able to stop them completely.
Until 1991, Somalia was led by Barré’s socialist and USSR-linked regime. Between 1992 and 1994, military interventions – whether international or American (“Restore Hope”) – all failed. A civil war raged between 1991 and 2005. In the summer of 2006, Islamic Courts, notably supported by Eritrea, then took power against faction leaders through the shura. They brought together a variety of tendencies (Hizbul Islam, “Islamic Party”), al-Islah (similar to the Muslim Brotherhood), extending to the radical Al-Shabaab Islamists, accused of being the African version of Afghanistan’s Taliban.
In place of negotiations with the moderate components of Islamic Courts, the United States and countries in the surrounding region preferred to support a government in exile that was neither representative nor legitimate. At the end of 2006, militarily supported by Ethiopia and the United States, and indirectly by Kenya, Uganda and Yemen, this transitional power regained control of Mogadishu, without controlling the warlords. An African Union Force, the AMISOM (African Union Mission in Somalia) was put in place in 2007. Al-Shabaab then began its terrorist actions, primarily in Mogadishu (end of 2009 against the African Union, suicide attack in October 20011, April 14, 2013).
Composed of an organized movement for the past ten years, Al-Shabaab may now have as many as 5,000 to 10,000 combatants. Some were trained in Afghanistan; others are from Al-Ittiyad, Somali group of Islamic movements formed in the 1980s. Others were recruited and trained by Islamic Courts in power since 2006. Then, they increased their influence when the Islamic Courts fell to the coalition of eastern African countries, supported by the United States. Their multiple demands are based on Somali nationalism and the desire to build an Islamic state founded on sharia law. They also derive their power from the control of traffic carried out by youths without prospects. Al-Shabaab then offers these youths the implementation of a global jihad by dint of their insertion into transnational networks.

Theoretical framework
1. Intergenerational violence. Within Somalia, violence results from conflict between Shabaab members, – youths socialized in violence – and the official government; the fights being essentially lead by the African force AMISOM.
2. Transnational violence. Shabaab violence also carries a regional and transnational dimension which is explained by the presence of numerous Somalis in neighboring countries (more than 600,00 refugees in Kenya), Somalis who are explicitly showing a desire to destabilize the security system of neighboring countries, beginning with Kenya. They are linked to money transfer circuits because Somalia has become a territory of proxy war between Ethiopia and Eritrea, all the while remaining a concern for countries allied with the United States that are fighting against jihadism.

Analysis
The Shabaab can be analyzed as a Somali movement. Stemming historically from Islamic Courts, they are young people whose only prospects are handling arms, violence and trafficking. They can easily be deployed within the Somali because of the government’s low level of legitimacy. Taking into account the incapacity of the State to control its territory and to ensure a minimum of state functions, they combine intimidation by violence and protection of populations. Certainly, they have set up an unpopular system based on charia law – banning the chewing of qat and listening to music -, but they also established a system to facilitate international exchanges. This is why they benefit from support allowing them a certain conventional military capacity.
Their primary resources continue to be the authority that they impose on trafficking and the local taxes that they deduct from businessmen and traders. Finally, they also draw their income from the relations that they maintain with pirates. Supported by forces from Afghanistan and Eritrea, Shabaab forces opposed the federal transitional government. At the end of 2010, they still controlled a large part of Mogadishu as well as the center and the South of the country. However, against AMISOM military action, they ultimately lost the ability to cause harm in the heart of Somalia. They then had to leave major cities, starting with Mogadishu. Following that, they disseminated into rural zones and blended into the general population. In addition to this, on September 1, 2014, they lost their leader Ahmed Abdi Godane, who was replaced by Ahmad Umar.
Their action has become particularly regional and transnational. Indeed, as in the case of Boko Haram, the regionalization of their interventions outweighs their loss of control on Somali territory. Today, it seems to have been proven that they had links with money transferring companies, certain Kenyan NGOs as well as with the diaspora. With the support of refugees or Somali emigrants, they can also progressively fit into Jihadist networks of global proportions. Via suicide attacks or terrorist actions, they are seeking to conduct asymmetric battles that seek media exposure by horror. Of course, they are not currently participating in a global jihad. However, they have created personal and organizational ties with groups affiliated with Al-Qaida or Boko Haram, which clearly indicates their long-term objectives.
Suffice it to say that neighboring countries are now threatened more and more. With over 700 kilometers of shared borders with Somalia, Kenya appears to be quite politically divided. The country is henceforth seeking to grow its military, all the while avoiding tensions between Christians – who represent three-fourths of the population – and Muslims. It is also seeking to reassure tourists and businessmen. As for Jubaland, located in southwestern Somalia on the Kenyan border, it acts as a buffer region and has a largely Somali population. The acts by Al-Shabaab committed on this territory seek to fuel religious tensions and to oppose political forces. As for Ethiopia, it has until now been spared, although it shares 1600 kilometers of its borders with Somalia. Organized into a federal state, its population is composed of a majority of Somalis primarily living in Ogaden. But this country continues to be a pivotal state allowing the United States to wage war by proxy. It is therefore unavoidable that military actions within Somalia be soon transformed into terrorist actions linked to transnational networks and Somali expatriates.
Weighing heavily on tourism and business with the West in Kenya, Ethiopia and Uganda, media coverage of horrific events seek to sow terror and to win media wars. In the case of Somalia, as in Afghanistan or with Boko Haram, it appears that military solutions lead by AMISOM can only be of limited efficiency. Indeed, sustaining solutions continue to be political. They pass by the establishment of state structures and a legitimate government.