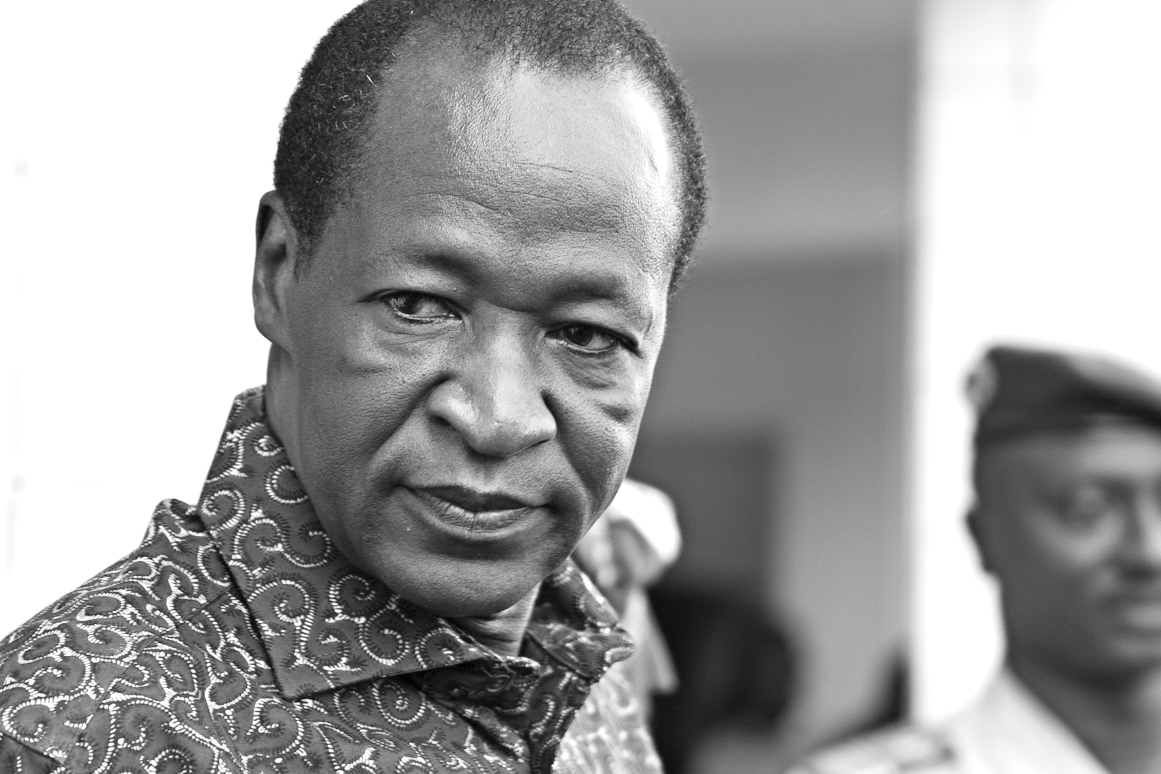 At the end of October 2014, in Burkina Faso, youth movements led to the departure of the president for life Blaise Compaoré, in power since 1987. With nearly 500,000 people in the streets on October 28th, the population of Ouagadougou was significantly mobilized against the attempt to modify the constitution aiming to maintain the president in power. This attempt clearly appeared to be of the same order as constitutional manipulations already committed in Algeria (2008), Angola (2010), the Cameroon (2008), Djibouti (2010), Gabon (2003), Uganda (2005), Chad (2009), Togo (2002) and envisioned in Burundi, Congo Brazzaville, Congo and Rwanda.

Upper Volta, which became Burkina Faso in 1984, experienced an alternation of presidential elections and coups d’État after its independence had been stabilized for some time. Following the assassination of President Thomas Sankara in 1987, the young captain Blaise Compaoré accessed power. Since that time he established a semi-authoritarian regime in the context of two 7-year mandates and two others each lasting four years. Burkina Faso, “country of honest men”, until that time was perceived as politically stable and economically well managed. One of the poorest countries on the planet despite its gold mining resources (80% of exports and 20% of the budget) and its cotton production, this landlocked State demonstrated economic growth on the order of 7% per year, all the while respecting financial balancing (low inflation, budget deficit and reduced external debt).

In the last few years, Burkina Faso had diversified its partners, creating for example personal links with Taiwan, all the while knowing how to benefit from the United States’ support and to perpetuate its historical ties to Paris, otherwise with Françafrique. A diplomatic power in the region, it had recently become an important piece in the French military operation Burkhane at the heart of regional cooperation against Jihadism. Until now, it had shown civic actions in a political game neither based on ethnicity nor on religious references. Blaise Compaoré’s regime relied on a party that was certainly dominant, but nonetheless allowed for debate. As for the army, it had remained republican until this point, despite the mutiny in 2011. Coexisting with traditional powers, notably those of Mogho Naba, king of the Mossi and authorities legitimated by vote. However, this positive façade hid less presentable characteristics. We can indeed recall the assassination of Thomas Sankara in 1987, the links maintained by Blaise Compaoré with Charles Taylor in Liberia and in Sierra Leone, or else with the Unita in Angola. We shall also mention the control of arms and diamond trafficking. Besides that, we shall underscore its role in the rebellion in the North of the Ivory Coast, its opaque relationship with Gadhafi and finally the responsibility in the unsolved disappearance of the journalist Norbert Zongo.

This president was obliged to leave power because he wanted to modify the constitution, an operation that would have permitted him to aspire to a new mandate during the presidential election planned for November 2015. The political and economic oligarchy that he supported risked losing its advantage. Therefore, the Parliament’s meeting on Thursday, October 30th proved to be a decisive one. For the opposition, it was a matter of countering what it labeled a “constitutional coup d’État”. On a judicial level, the revision of article 37 that limited the number of mandates to two remained possible in two ways. The first assumed a majority vote of ¾ (or 96 votes for) of the Parliament, the institution should have given its judgment on Thursday, October 30th; the second implied a referendum. Blaise Compaoré had discretely organized the vote. Mathematically, his CDP party (Congress for Democracy and Progress) had 70 out of 127 parliamentary votes at its disposal. Moreover, it was linked to small parties representing 11 votes. Therefore, he needed no more than 15 votes, which he had haggled from the ADF (Alliance for Democracy and Federation) and the RDA (African Democratic Assembly). In other words, he indeed had the 96 necessary votes. But the social mobilization and the opposition brushed aside any chances the project had. Violent confrontations between demonstrators and security forces firing live bullets left at least one person dead and triggered a popular uprising that the cancelation of the vote has, however, not stopped.

1. The political demands of African youth. Today African youth are claiming their place in the political and socio-economic field. Without perspective or social model, they are opposed to political racketeering and political patronage. In Burkina, they refer to heroes such as Thomas Sankara. Kept up to date by social networks, they denounce African “presidents for life”. In other words, in Africa the political and economic game largely presents itself as a struggle of age classes.
2. A system of transnational neopatrimonialism undermined. The resources mobilized in the context of political alliances and various trafficking with regional actors has permitted Compaoré to finance his internal policy while the requirements of his international partners were changing registers.

This African or Black Spring that recalls the Arab Spring, refers to intergenerational conflicts. We shall recall that 60% of the West African population was not yet born when Blaise Compaoré took power. However, these youths want to assert themselves in the political game. In order to do so, they are opposing the power of notable figures and the political gerontocracy treated as “parlementeurs ”. The slogan “clear out Blaise” heard in the place de la revolution testifies to this movement. We have, however, noted certain confusion around this semi coup d’État and observed tensions amongst the principal forces present: protesters, political leaders and the military. The youth are opposing the power near Compaoré and the military, refusing to see their revolution be confiscated. As for the military, they remain divided between the Regiment of Presidential Security, 600 to 800 well-equipped and armed men strong – who besides that make up part of the current strongman, the lieutenant colonel Zida –high ranking officials (generals Traoré army chief of staff and Kouamé Lougué, coauthor along with Compaoré of the coup d’État against Sankara) and the base. In this way, each of the chiefs has proclaimed himself head of State by asserting the necessity to ensure order against what they have qualified as an insurrectional movement. For its part, the opposition appears divided between 74 parties. The CDP (Congress for Democracy and Progress) as well as its allies represent around ¾ of parliamentarians. The principal parties opposed who left the CDP at the beginning of the year (Kaboré, Diallo, Compaoré) have for example, founded the People’s Movement for Progress (MPP). The other main opponents are Sankara from the Sankarist party and Diabré. The presidency of the national assembly, which according to the constitution should have ensured the interim after the resignation of the head of State, ultimately preferred to leave the country with him.

Presently the inter or transnational balances of power have been radically modified. We notice for example that the African authorities of the African Union or of the ECOWAS are threatening the army with sanctions if they do not return power to civilians in the next two weeks. Besides that, financial backers are able to exert pressure on a country where aid represents more than 10% of GDP. For his part, Barack Obama also spoke out so that new generations can rapidly access responsibilities, no matter the qualities of “presidents for life” currently in office. According to the same logic, the European Union equally affirmed on October 28th “its attachment to the respect of the constitutional provisions in place as well as the principles defined by the African Union and the ECOWAS on constitutional changes”.

At first glance such a reversal and collapse of international support from which Compaoré’s neopatrimonialism was benefitting can be surprising. In fact, this radical change of agenda can first of all be explained by the new global deal. The situation in Burkina Faso has indeed become imminently strategic due to its border with North Mali where special French and American forces are stationed. Yet, these forces are facing Islamist forces whose capacity to do transnational harm is confirmed on a daily basis to the point that certain state actors – such as the United States and France – are henceforth upsetting the order of their diplomatic and strategic priorities.