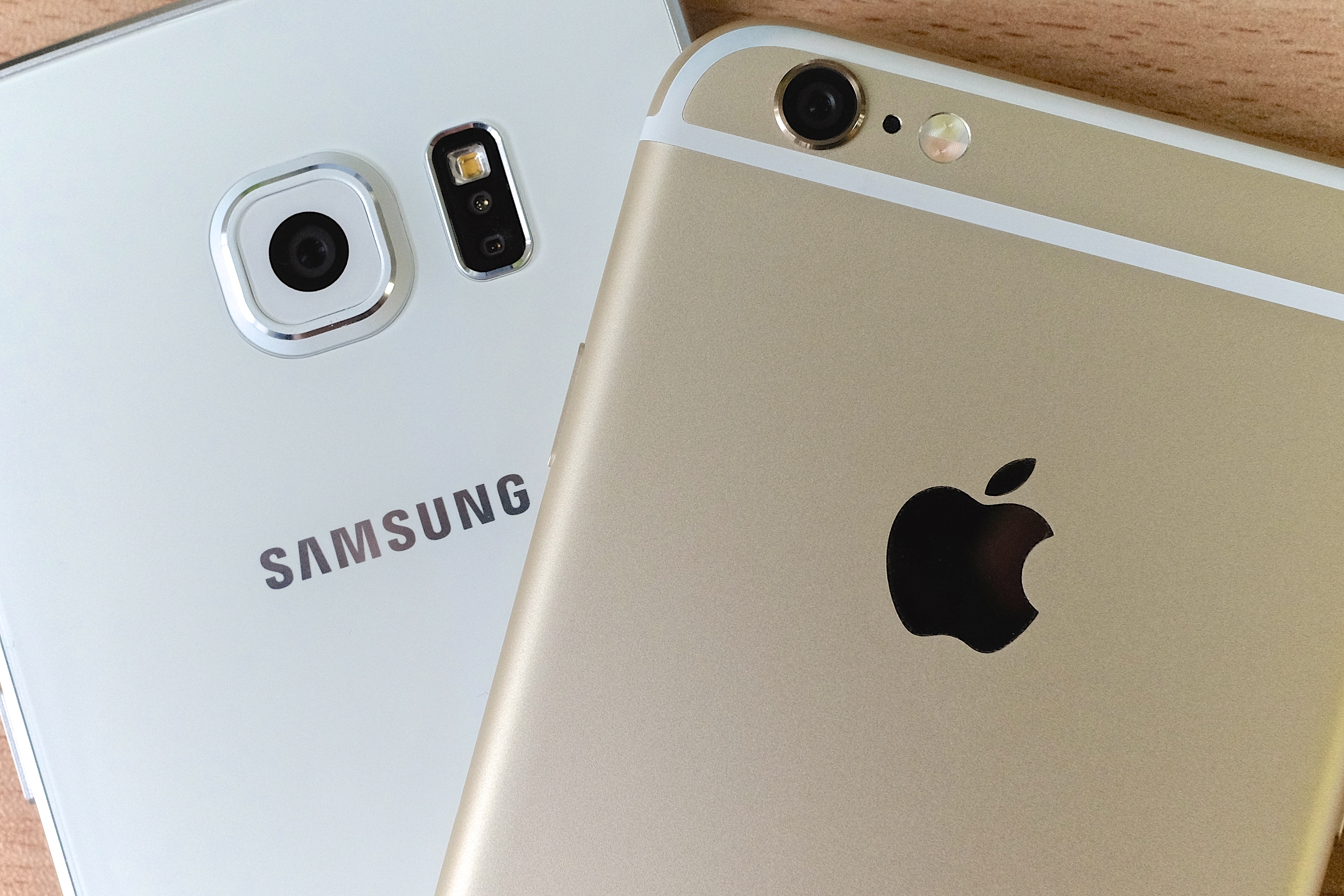 February 19, 2014, marked the end of mediation between Apple and Samsung Mobile Communications during which the directors were supposed to negotiate an agreement. Let us recall that the attempt to compromise launched in January 2014 by the San Diego court, had incited the two groups to find an arrangement to avoid a new trial.

According to the research firm IDC, more than one billion smartphones were sold in 2013, which is to say 38% more than in 2012. Three firms currently occupy the podium of global sales. In terms of parts of the market held in 2013, Samsung holds 31.3%; with 313.9 million units sold; Apple, which sold 153.4 million iPhones, conquered 15.3%. As for the third, the Chinese firm Huawei, it still fell far behind the latter with only 48.8 million sales or 4.9%.

Appearing on March 6, 1983, with the first cordless communication device offered by Motorola, the mobile technology sector built itself on innovation and development of new technical norms. The popularization of mobile telephones during the 1980s and the appearance of innovative standards like GSM (Global System for Mobile Communication), the 3G and from now on 4G, have made innumerable services possible such as the utilization of audiovisual content, applications and web surfing. These components are now fully operational in smartphones. Deeply transformed by these multiple changes, the telecommunications domain was historically organized around a few manufacturers. Several of them such as Nokia, Huawei, Samsung, LG and more recently Apple – with the 2007 release of the first iPhone which democratized these products – currently makes up a veritable oligopoly. The latter is characterized by exacerbated competition, notably in research and development. In this context, competitive dynamics result in an illegal use of patents belonging to rival groups.

The two giants, Samsung and Apple, have been confronting one another in court since April 2011 in several dossiers. The most emblematic ruling remains that of August 2012 during which a jury sentenced the South Korean Samsung to pay one billion dollars to Apple for the violation of patents relative to iPads and iPhones. In the course of these judicial proceedings, Samsung primarily blamed Apple for using technologies and technical norms that it had patented. For its part, Apple estimates that Samsung plagiarized the design of its iPads, as well as their user interface with the models Galaxy S and Galaxy Tab. But beyond competition which one could consider restricted to these two companies, the ongoing case is also targeting one of the competitors of Apple’s operating systems iOS: Google’s Android, used largely by Samsung.

More recently, in June 2013, the legal battle between the two major companies in mobile telephony, were brought before the USITC (United States International Trade Commission), a federal agency competent in matters of trade litigation. This authority recognized that the American company Apple had violated one of the property titles essential to Samsung. The USITC then prohibited importation, the sale and distribution by Apple of wireless communication tools and portable music devices. However, this decision was never carried out. In fact, on August 3, 2013, President Barack Obama and his administration censured the measure, a reaction that set off a strong response amongst Korean authorities.

1. The transnationalization of the mobile technology market. Transnational firms follow a distinctive production logic that allows room for cooperation in research and development. But the mutualization of resources, the reduction of costs and the growth of productivity condemn these competitors to more integration.
2. The structural power of transnational firms. Major actors of the global scene, certain high tech brands have the capacity to reconfigure themselves in a distinct sector, all the while imposing some of their choices. This structural change – to borrow Susan Strange’s expression – shapes and determines the structures of global economy within which other groups develop.

Mobile telephony presents itself as a dynamic industry within which numerous economic operators interact. They possess resources that allow them to be at the point of convergence of three industries: mobile telephony, hardware and software. Globalization and the rise of new technologies cause companies to turn towards new economic models. Yet, such models imply the optimization of their growth, better reactivity and larger competiveness. Let us, however, note a production initially conceived for national markets, transformed today into a global market organization. This structural change encouraged by globalization has driven this industrial branch to its transnationalization and to the complex relationships that Samsung and Apple maintain.

Armed with experience superior to that of Apple, Samsung operates in all the stages of development of computers, tablets or smartphones. From the processor to the screen, passing by the software, it has the necessary production resources available to it for the protection of high tech devices and largely dominates the entire industry. While the South Korean group is showing itself to be a major competitor to the American Apple, logics of cooperation are paradoxically put into place. Let us recall that the A5 processor, designed by Apple and produced by Samsung, remains a central piece of the iPad 2 and the iPhone 4S. Besides the A8 microchip that the upcoming Apple devices will be equipped with will be made by the TSMC group (Taiwan Semiconductor Manufacturing Company).

However, the American firm is not for as much abandoning the South Korean group, which in the future will remain responsible for 30% to 40% of the production of this component, in order to prevent any shortage.

Interdependence currently characterizes the production of computer equipment used for the design of mobile telephones and tablets. In other words, Samsung delivers its technical know-how and its industrial capacities to Apple, while the latter offers Samsung a new market. This is alliance capitalism, a phenomenon well characterized in its time by John Dunning. Put another way, the duo rivalry-cooperation will from now on structure new inter firm relationships.

This production logic is accompanied by a circulation of the technologies that pertain to the redistribution of power within mobile telephony. The highly competitive characteristics of this sector have indeed driven to the use of certain patented standards, which have in turn become indispensable. From now on, this now common usage has been institutionalized. During the first lawsuit in which Samsung was opposed to Apple, the former made particular reference to patents linked to 3G transmissions, considered standard essential patents. Still, this practice resembles what sociologist Ulrich Beck called private law and which here applies to technical norms, which shows the relative powerlessness of the state actor and defies the concept of the Legislator State.