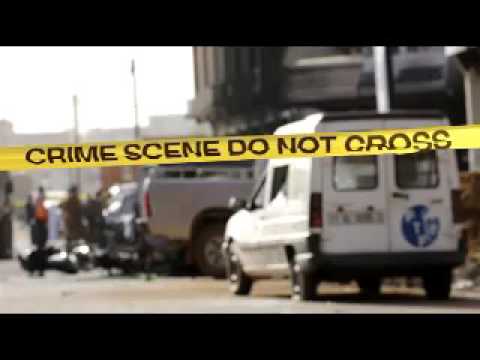 Originally a hallmark of democratic transition, Burkina Faso was hit by major attacks in Ouagadougou, on Friday 16th, January 2016, resulting in at least 30 killed of more than 14 nationalities. These attacks took place two months after the Bamako attacks at the Radisson Blu Hotel. Responsibility for the attacks has been claimed by Al-Qaeda in Islamic Maghreb (AQIM) which imputed it to the Al Mourabitoune group led by Jihadist chief Mokhtar Belmokhtar. French Special forces stepped in to rescue the hostages of the Splendid Hotel and eliminate the attackers.
> Historical background
> Theoretical framework
> Analysis
> References

Historical background
Burkina Faso is an isolated Sahelian country with porous borders: Ivory Coast in the South, and Mali and Niger in the North. One of the world’s poorest countries, it is located in a vulnerable zone coping with many issues, from demographic explosion to increasing unemployed youth, climate hazards and incapacity for border control. Led by Blaise Compaoré for 27 years, this State has subsequently known a deep political turmoil. For a long time, the President had played the intermediate between Jihadist groups and their targets. He had sealed a non-aggression pact with islamists and mediated hostage rescue operations. In the neo-patrimonial system he set, resources leveraged through various alliances and control of some trafficking networks, allowed him to finance the political game from an internal point of view. But Blaise Compaoré eventually lost his power when he tried to amend the constitution, which would have allowed him to run for President again.
At the end of October 2014, the youth uprisings led in a few days to the demote of the ‘President for life’. The movement ‘The Citizen’s Broom‘ then somewhat embodied an ‘African Spring‘. A transitional government that would lead to legislative and presidential elections, on October 11, 2015, had then been established. But the political/military and business clan of Compaoré sought revenge and failed their attempted coup staged by Gilbert Diendéré. The loyalist military eventually forced the perpetrators to surrender, and the process of democratic transition then resumed. After being delayed, the presidential elections have been won in the first round of November 29, 2015 with 53,49% of vote cast, by Roch Marc Kaboré, Blaise Compaoré ex-Prime Minister.
The terrorist attacks happened three days after the new government had been formed, on the very day judicial authorities had launched an arrest warrant against Guillaume Soro, President of the National Assembly of the Ivory Coast, accused of being part of the plotted coup. Most importantly, these attacks happened while Burkina Faso was reinstating a new security system as the PSR (Presidential Security Regime) and Intelligence Service had grown weaker.

Theoretical framework
The Burkina Faso terrorist attacks are linked to two main international thrusts.
1. A reorganization of the Islamic forces. The attack, attributed to Al-Mourabitoune, brings great media coverage to the group, and attests of the broadening of its geographical area of intervention. Finally, on a background of alliances and antagonisms shaped at its very heart, it confirms the pledge of loyalty taken to AQIM against the Islamic State.
2. Ruling out the Western forces. Besides Burkina Faso, these Jihadist attacks intend to threaten French economic interests, expatriates and military intervention. On a symbolic level, it is worth highlighting that this operation has been launched in the city where French and North American Intelligence Service and Special Forces are located. Hitting Ouagadougou amounts to striking at the heart of Intelligence Ops (Operation Sabre, DGSE, Military Intelligence) in the Operation Barkhane.

Analysis
The attacks are linked to the strategies of various Islamic groups that recruited youths from various African countries. These attacks intensified within the last four-year period in the Sahelo-Saharan area. In this case, the attackers where young Peuls, Tuaregs and Arabs from Northern Burkina Faso. In fact, the idle youth of these regions may only choose between informal activities, trafficking or being recruited by militias. Available reports show that this creates the perfect breeding-ground for cluttered enlisting from Jihadist militias, from a socio-economic, academic, or even ethnic and religious point of view. This is why large terrorist organizations such as Al Qaeda and the Islamic State are constantly competing when recruiting, but also on a strategic level. Al Mourabitoune, which claimed the responsibility for the Ouagadougou attacks, is affiliated to AQIM even though a sub-group declared to be loyal to the Islamic State. Originally a member of Al-Qaeda, its leader Mokhtar Belmokhtar broke with AQIM and merged with the Those who Sign with Blood Brigade and Mujao Group. He then resumed his allegiance to Al-Qaeda and is now considered as Sahara’s Ben Laden. On this account, he is considered liable for the In Amenas (Algeria), Arlit (Niger) and Radisson Blu (Bamako) attacks. Other Sahelian groups appeared also to be close from Al-Qaeda such as the Somalian Al-Shabaab, the Malian Peul MLF (Macina Liberation Front), and Ansar Eddine of The Tuareg Ag Ghali in Mali.
Further than referring to Salafism and Takfiris, these terrorist groups actually control trafficking networks. For instance, Al Mourabitoune took hostages to demand ransoms and took part in cigarette trafficking. It then avoided direct confrontation with security forces to replenish its strength. Due to this strategy, it has now great operational capacity and may clearly compete with the Islamic State. This terrorist scheme mainly hit expatriates. But beyond victims and destabilisation of African States, the goal is to create havoc amongst Westerners, likely to drive them out – both investors and humanitarians – of Burkina Faso. In fact, it is necessary to underline the relative powerlessness of world leaders. Namely, Operation Barkhane, supported by African and multilateral forces, has admittedly prevented a territorial takeover of Jihadist forces in the Sahelo-Saharan basin. At the same time, it has certainly eased the spreading of numerous small groups in this wide area. The aims of these attacks appear to be multiple. They are a striking example of the competition between Jihadist groups to control trafficking networks and recruit new adjuvants. They also seek to wage and win the media war through the globalisation of fear and increase the vulnerability of Western countries by driving them out of the Saharo-Sahelian zone.