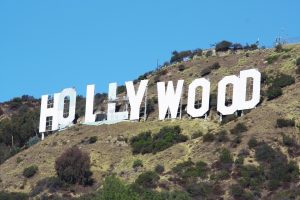 Transatlantic discussions to reach a free trade agreement were disrupted in spring 2013 by a new blocking in the cultural sector. Recently, a new showdown took place during the first talks on the proposed free trade agreement between Europe and America. Finally, at the insistence of countries like France, a limitation to the laissez-faire, laissez-passer, was adopted once again.

In France, the demand for specific trade provisions originates from the opposition to the signing of the Blum-Byrnes agreements in 1946. These agreements between Paris and Washington were putting an end to the French support policies to the film industry in exchange of the American post-war reconstruction assistance. In the nineties, this disruptive transatlantic issue had several twists and turns during the Uruguay Round and the MAI (Multilateral Agreement on Investment). These tensions indicate two diverging approaches of the film industry: one perceiving it only as entertainment, and another for which it is a full dimension of the artistic field.

These oppositions led to the creation of a transnational coalition for cultural diversity, a coalition that gather both country like France or Canada or non-state actors such as representatives of the audiovisual sector. Its actions focused primarily on the recognition of a derogatory framework to that of the World Trade Organization, which allows state quota systems and funding in the audiovisual sector. Then it endeavored to set this principle in international law, with the signing of the Universal Declaration on Cultural Diversity in 2002 and the Convention on Protection and Promotion of the Diversity of Cultural Expressions in 2005.

A challenged globalization of culture. If globalization is now understood as an economic, social and political process, its impact on the habitus and behaviors are underestimated or ignored by a latent materialism. It is often underestimated because of differentiated receptions (Liebes, Katz), the primacy given to the national community (Smith) and the neglected power of economic and cultural narratives. Moreover, the strengthening of cultural interconnections, bred by structural changes in the global sphere, result in discontinuous manner in practices , common ideologies and, for some, the emergence of a fragile sense of belonging the same world (Robertson, Beck).

Sovereignty in the knowledge organization. Medieval jurists established it as the power in last resort, “the absolute power of a Republic” (Bodin); the sovereignty is a cornerstone of the theory of realism (Morgenthau) because it identifies the country as the basic unit of the international scene. It denies ties of transnational power that cross borders and unite societies unevenly (Emmanuel and Wallerstein), and it also legitimate state policies aiming at preserving a cultural autonomy which is today undermined by the globalization (Laroche, Bohas).

The move for a cultural exception is based on a three parts claim: cultural, political and economic. Firstly, it aims to keep safe the identity of each people facing upheavals related to the shrinkage of the world. It seems imperative to preserve the values and norms of individuals. Meanwhile, many countries consider that the preservation of identity go with the keeping of place to create fine arts, literature, as well as films. However, in case of trade liberalization, the business would be even, more threatened by Hollywood capital supremacy. Then, on the political ground, as expressed in negotiations of the Uruguay Round (Gdansk, November 1993), the French president at that time, François Mitterrand : “What is at stake is the cultural identity of our nation, it is the right of every people to have its culture”.

Finally, the audiovisual sectors and its derivatives constitute vectors of material and ideological eco-systems economies. In other words, they have a civilization-like grasp over people by shaping lifestyles. Yet, is this sole exception enough to preserve the cohesion among illusory communities? Indeed, if it allows national industries to survive, it does not promote the progress of diversity. It is clear that an increasing number of national works have no public, while professionals struggle to finance them. On the contrary, the only contents being broadcast across Europe are from Hollywood majors whose imaginaries are still highly valued. Therefore, they are the only common denominator of the Old Continent. Should we not rather encourage more intra-European films exchange in theaters as on small screens?

More broadly and as highlighted by postmodern thinkers, the cultural aspect impregnates the consumer society by imagery and collective symbolic coming from American studios. Besides, information technology and communication, critical to the dissemination of knowledge, are dominated by Californian products and innovations that convey thought patterns and loaded concepts with a universal ambition. Given this environment, should we limit ourselves only to keeping independent film production and distribution capacities? While inadequate quota settings and border restrictions would condemn European economies to decline and marginalize, these fields are all fields where the EU initiatives, supporting large firms, research centers and local constituencies, remain relevant. We insist that cultural diversity cannot be conceived only in the audiovisual sphere. It also has to proceed from a political, social and economic framework in which emerging and developed countries would take part, thanks to their influence, in the definition of a global knowledge.

It ultimately appears that the cultural exception to free trade is a principle as essential as insufficient to keep a cultural diversity. Cultural products originate from various cultural sectors in which operators have little control.